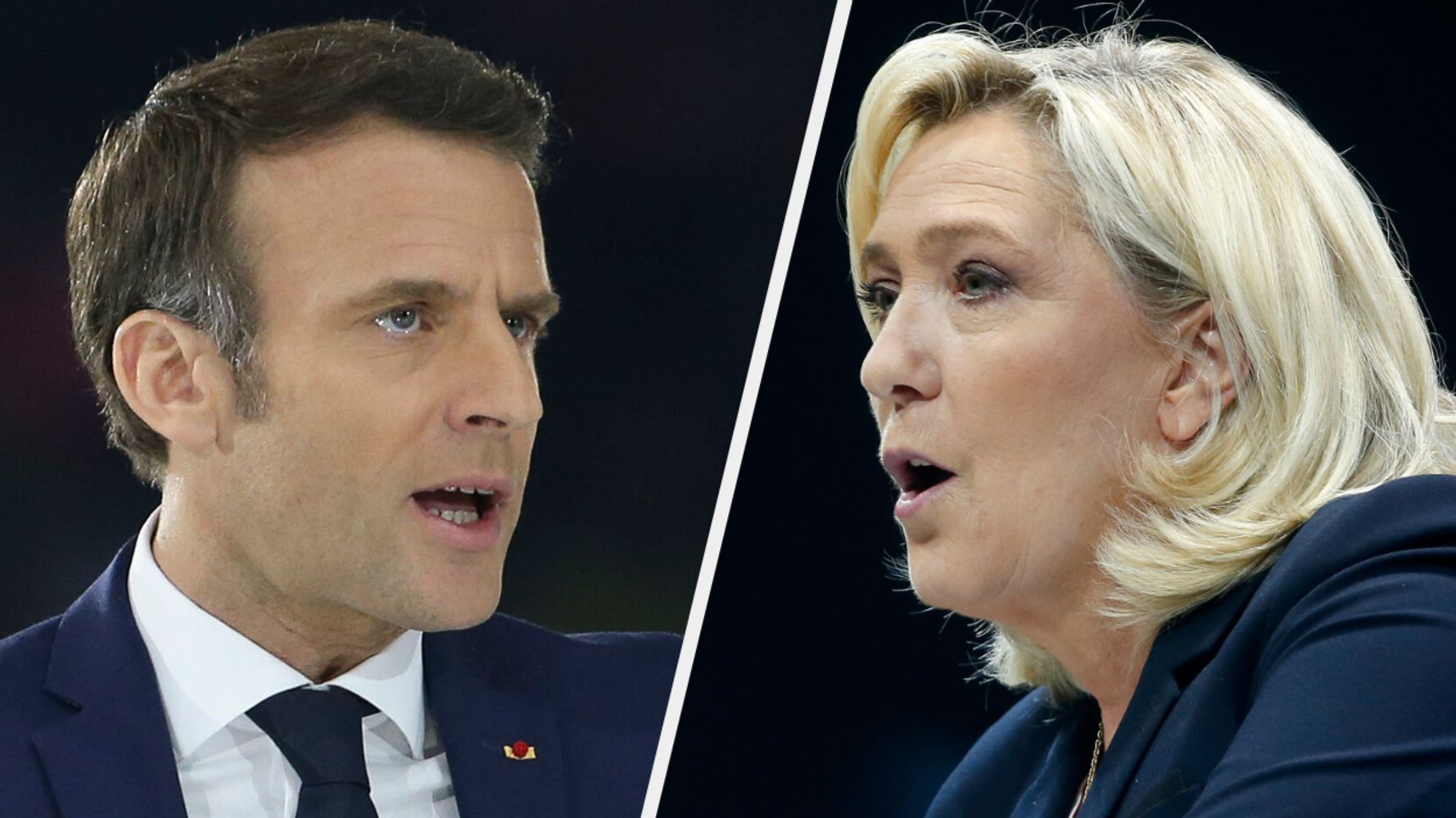 And just like that, everyone’s talking about France and whether it’s about to have its “Brexit/Trump moment”.

The first round of the French presidential election takes place on Sunday, and what might have been a formality only of domestic interest is suddenly generating a much bigger buzz. This is thanks to a series of polls suggesting Marine Le Pen, the far-right’s standard bearer for more than a decade, could pull off a shock win over incumbent Emmanuel Macron.

With the help of HuffPost France’s political correspondent Romain Herreros, here’s everything that you need to know about the vote to determine who runs one of Europe’s biggest economic and military powers as a war rages on the continent.

The basics: what is happening?

France’s presidential election is to be held in two rounds on April 10 and 24. Polls have for weeks consistently pointed to Macron leading the first round ahead of Le Pen, with both qualifying for a run-off. It would mean a replay of the 2017 election that Macron won comfortably (66% to 34%). But this time around it’s set to be much closer. According to some polls, Le Pen has narrowed the gap enough for victory to be within the margin of error.

There are 12 official candidates. Outside Macron and Le Pen, the names to note in an election where radical positions set the tone are far right-writer-turned-candidate Éric Zemmour and veteran left-winger Jean-Luc Mélenchon. While it’s unlikely either will make the final cut, the second choice of their voters could be crucial in a narrow run-off.

A Le Pen win would send shockwaves around the world, not least given the West’s united front against Russia’s invasion of Ukraine. Having someone who has shown pro-Vladamir Putin sympathies deal with the fallout would be less than ideal. And make no mistake of France’s importance: Brexit compounded its status as the European Union’s main military power and, with Angela Merkel’s exit as German chancellor, Macron has taken a more prominent role in Europe.

The 53-year-old leader of the National Rally, a movement long known for anti-Semitism, Nazi nostalgia and anti-immigrant bigotry, is running for the third time. The “Le Pen” name is notorious in France thanks to her father, Jean-Marie Le Pen, the firebrand leader of what the same party when it was the National Front.

Since her 2017 defeat, Le Pen has worked to soften her image – stressing her love of cats among other things – and changed the party name. She has strived to appear as a potential leader rather than a radical anti-system opponent. Her campaign has focused on cost of living concerns – amid a huge increase in energy prices and growing inflation – and the candidacy of Zemmour, who is even further to the right than Le Pen, has also helped her appear more palatable to voters.

Herreros says many felt another far-right candidate would split their vote, undermining Le Pen’s chance. “But, in fact, Zemmour was very hard, very radical. So Le Pen looked more soft. People are less afraid of her compared to Zemmour. When we look at the polls, we see that.”

Below, poll aggregator showing how Macron’s lead over Le Pen has narrowed in recent days. See here for latest update.

That explains in part why the context is not quite 2016. “The last election was just one year after Brexit and Trump’s election, so we were in a populist moment,” Herreros says of Macron’s 2017 ascent to power. “Now we have seen that Brexit was not what the British people expected, and we saw (Brazil’s populist president) Bolsonaro is a nightmare in Brazil. But Le Pen is not playing the populist role – she says she doesn’t want to leave the euro this time, that she’s not that extreme like Zimmour. ‘Trust me, I’m not evil’.”

But, make no mistake, the core of her party’s programme has not changed. “She is still far-right,” Herreros explains. “She is proposing the same thing on immigration as Zemmour, but with different words. It’s just a different package.”

She would end a number of welfare benefits for foreigners, stop family reunification, give preference to the French for jobs and social housing, ban the hijab in public spaces and kick unemployed foreigners out of France.

Éric Zemmour, not quite the French Trump

The early obsession among the chattering classes was the rise of Zemmour and his fledgling Reconquest! party. A TV pundit who styles himself as a Donald Trump figure and guardian of Old France, he has proposed a Ministry of “Remigration” equipped with airplanes to expedite the expulsions of what he says are undesirable migrants.

Zemmour pushes the white nationalist conspiracy theory known as the “great replacement”, which argues France and Western nations are being overrun by immigrants and other people of colour — notably Muslims.

Reflecting Le Pen’s superficial changes, a batch of her officials and supporters have left for Zemmour. The only one Le Pen spared criticism was her niece, Marion Marechal, a former politician who has returned to the frontline to help Zemmour.

Perhaps what worries most is the two far-right candidates together are drawing more support than the centrist president. In a scenario where Le Pen inherits around 80% of Zemmour’s votes in the second round – a not unreasonable prospect, say analysts – it puts her “close to victory”, says Herreros.

For Macron, Le Pen is the candidate to beat, and his camp has worried openly about an “accidental” win for Le Pen – perhaps if moderate voters fail to turn up at the polls.

His election campaign has been disrupted by the war in Ukraine, with Macron delaying his pitch to the country because of France’s central role in the West’s response. While absence from the campaign trail has its own problems, wartime leadership has allowed him to be presented dealing with the big issues facing the world (see the unusual pictures of him working nights and weekends at the Elysee palace, looking tired and unshaven, in jeans and a hoodie). It may have helped with an initial poll boost, but that appears to have waned.

Herreros explains Macron is popular for this stage of his presidency – higher than predecessors François Hollande and Nicolas Sarkozy – but he has come unstuck by two factors. “He went too late in the campaign,” says Herreros. “It was difficult for him to say ‘hey, I’m the candidate’ when Putin was invading Ukraine. If he went in January or February, it would have been easier for him. He left the space for the far-right.”

He also bound himself to Le Pen, thinking France would never actually put her in power. “He always thought he would be automatically re-elected against Marine Le Pen. During his presidency he would ‘wink, wink’ to right-wing voters, some of his ministers talked in a way that could be used by Le Pen. Now people are saying you played with fire, now we have the result of what you have done.”

So what will happen?

The neck-and-neck polling doesn’t tell the whole story, say Herreros. A low turnout could kill off all the pre-election anticipation as Le Pen is relying heavily on the working class vote to come out in support. Le Pen’s party is still stinging from her party’s failure in last summer’s regional balloting, blamed on a turnout of only 33% of voters in the first round.

There may also be a moment of clarity. “In France, when the far-right are close to power, people wake up,” says Herreros. “And they lose every time.”

In 2015, Le Pen, who had appeared to be on the cusp of winning the northern region of Nord-Pas-de-Calais-Picardie, lost out in the second round, and her aforementioned niece, thought to be one of the party’s best hopes in the regional elections, also lost in the southern Provence-Alpes-Cote d’Azur.

“They lost,” says Herreros. “But who knows how the voters will react? Le Pen will say, ‘Macron is the system, vote for me. You’re from the left and don’t like Macron, vote for me’. It’s the same thing we saw with Brexit. Maybe people will think … let’s try it.”