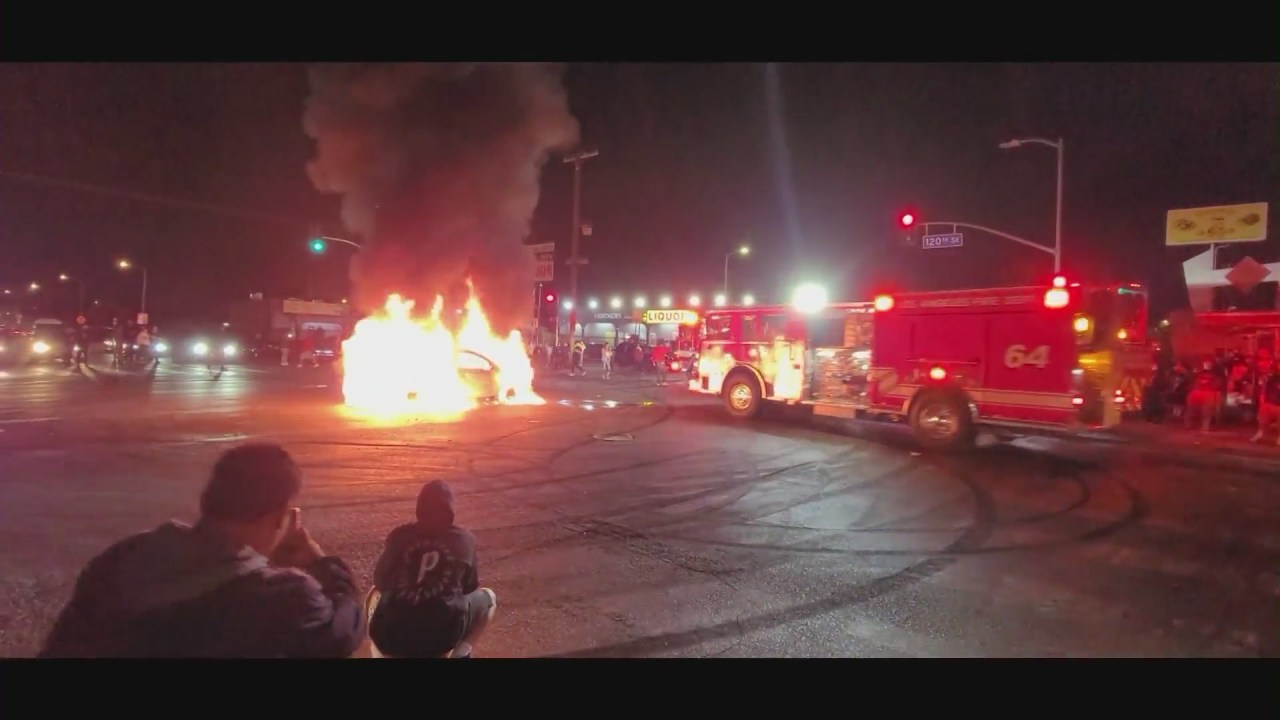 by: Cameron Kiszla, with reporting by Luis Zuniga

The Los Angeles Fire Department responded to South Central Avenue and East 120th Street at 1:11 a.m. for a traffic collision, though another person who called the Fire Department noted that a vehicle was on fire, according to Brian Humphrey of the LAFD.

Their names, ages and genders have not been released.

No one had to be transported by ambulance to the hospital, Humphrey said, though Cervantes noted that the vehicle in question was towed from the scene.