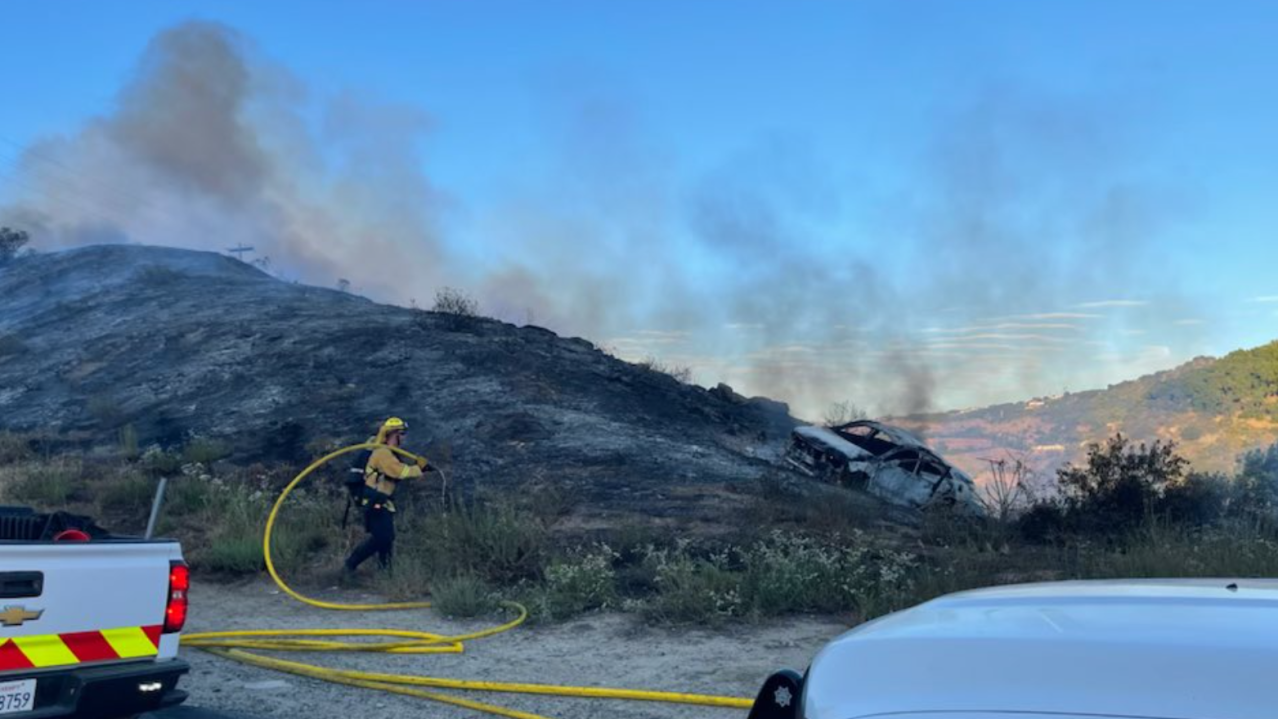 According to a tweet from North County Fire, the incident began around 6:39 p.m. near Interstate 15 and Old Highway 395. Cal Fire San Diego Captain Neil Czapinski told FOX 5 that the blaze began with a vehicle rollover in San Diego’s Deer Springs neighborhood.

The single occupant of the vehicle was taken to the hospital and their condition is unknown at this time.

“Smoke may be visible, but there is no fire threat to our district,” North County Fire tweeted Saturday night.


2 escape after car goes through backyard, lands in a pool

As of 7:35 p.m., officials had shut down two northbound lanes on I-15 lanes and were alerting the public to “expect delays.”

Check back for updates on this developing story.