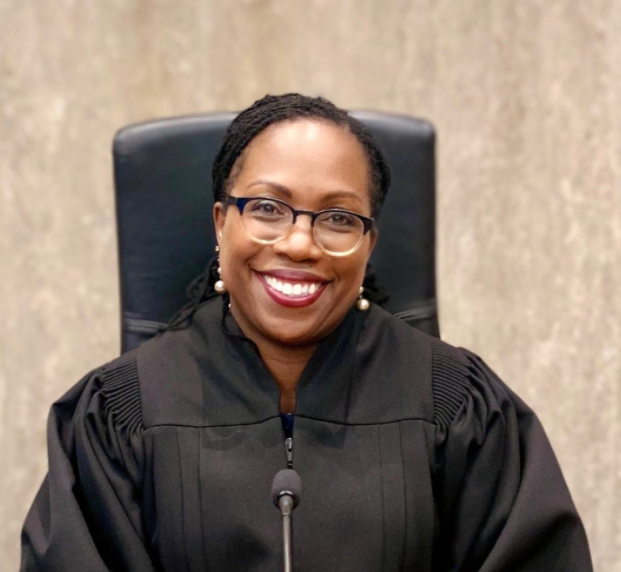 Ketanji Brown Jackson was confirmed to the U.S. Supreme Court, Thursday, making her the first Black woman to hold the position.

Jackson’s tenure on the Supreme Court will begin soon after Justice Stephen Breyer retires in the summer, after serving for 27 years.

Jackson, 51, will also be the second-youngest court member, behind only Amy Coney Barrett, 50, who was selected to the Supreme Court in 2020 by former President Donald Trump.

The U.S. Senate took the vote Thursday, with 53 “yes” votes and 47 “no” votes. All of the no votes came from Republican senators.

There were three Republican senators who did vote to confirm Jackson, with Susan Collins, Mitt Romney and Lisa Murkowski all placing “yes” votes.

During her confirmation hearings, Republican senators questioned Jackson’s sentencing history, bringing forward past sentencings related to child pornography, where they felt Jackson was too lenient.

Jackson then responded by saying those particular sentencings were, “to do justice in cases where you have defendants who are convicted of the same conduct, but have different, differing levels of culpability.”

“Don’t worry, my sister,” Booker said. “Don’t worry. God has got you. And how do I know that? Because you’re here, and I know what it’s taken for you to sit in that seat.”

What People Are Saying

“Judge Jackson’s confirmation was a historic moment for our nation. We’ve taken another step toward making our highest court reflect the diversity of America. She will be an incredible Justice, and I was honored to share this moment with her.”

“The Senate has confirmed Judge Ketanji Brown Jackson’s nomination to the United States Supreme Court. This is a historic day for America.”

“My ‘no’ vote was based upon Judge Jackson’s record of judicial activism, flawed sentencing methodology regarding child pornography cases, and a belief that she will not be deterred by the plain meaning of the law when it comes to liberal causes.”

“Congratulations to Judge Ketanji Brown Jackson for her appointment to the Supreme Court. This is a great day for America, and a proud moment in our history.”

“Based on Judge Jackson’s abysmal record on criminal sentencing, the repeated incidents in which she has substituted her political preferences in place of the law, and her inability to explain her judicial philosophy, I voted against confirming her to the Supreme Court.”