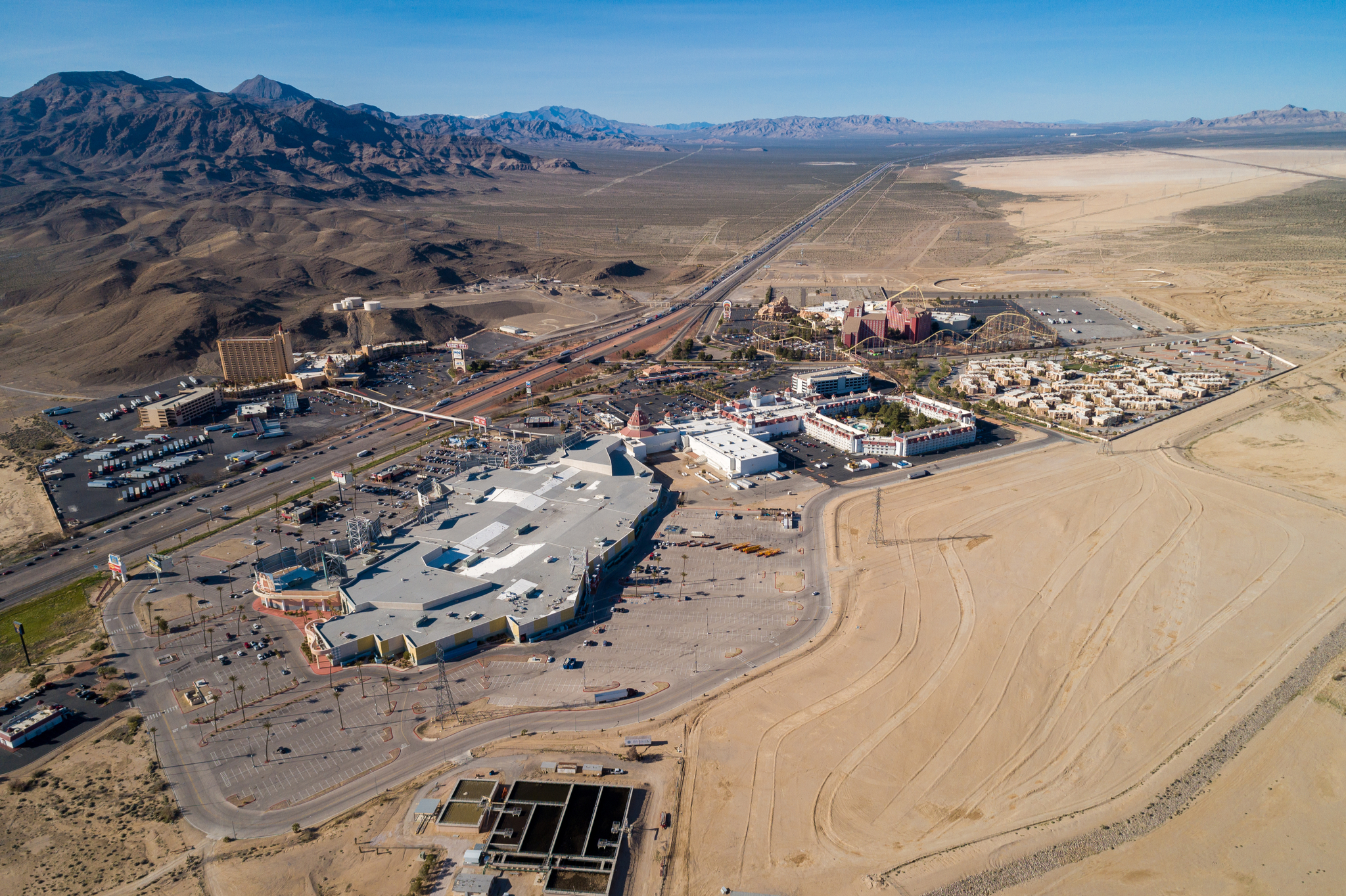 If you’ve ever driven from Las Vegas to Los Angeles at the end of a weekend, you’ve surely experienced traffic so bad that you’ve debated whether or not your car could handle a dirt road, or wondered if you should just call it quits and stay in Primm forever. Thankfully, a little bit of relief is finally coming soon.

Here’s the deal: The 15 has three southbound lanes leaving Vegas, but that narrows down to two from Primm to a bit south of the California-Nevada border, causing hours-long backups. To help alleviate the issue, the governors of both states have agreed to temporarily convert the shoulder into a travel lane during peak periods.

California Governor Gavin Newsom and Nevada Governor Steve Sisolak jointly announced the plan on Sunday to add in the five-mile-long part-time lane, which will begin construction in mid-spring 2022 and be finished by the end of that summer. Primarily on Sundays and Mondays, the southbound shoulder of the interstate between the Nevada border and the CDFA Agricultural Station will be open to drivers during periods of peak congestion. The freeway naturally returns to three lanes at that point, so the lane expansion should hopefully smooth out a bottleneck that sees travel times between the border and Barstow routinely double or triple.

Of course, this won’t singlehandedly fix traffic. Newsom noted that this is “just a temporary solution” while Sisolak said they still need to work toward a permanent way to accommodate the 11 million annual carbound visitors to Las Vegas. There’s also the idea of induced demand, which explains how if you add more lanes to a road, you’ll just have more cars filling up those lanes, thereby creating more traffic—a phenomenon we’ve already seen here in L.A. with the widening of the 405. As far as non-car or plane-based alternatives, the on-again, off-again plans for a train between L.A. and Vegas currently rests with private rail company Brightline, which hopes to begin construction next year on a high-speed route between Las Vegas and Victorville (and then, eventually, Rancho Cucamonga).