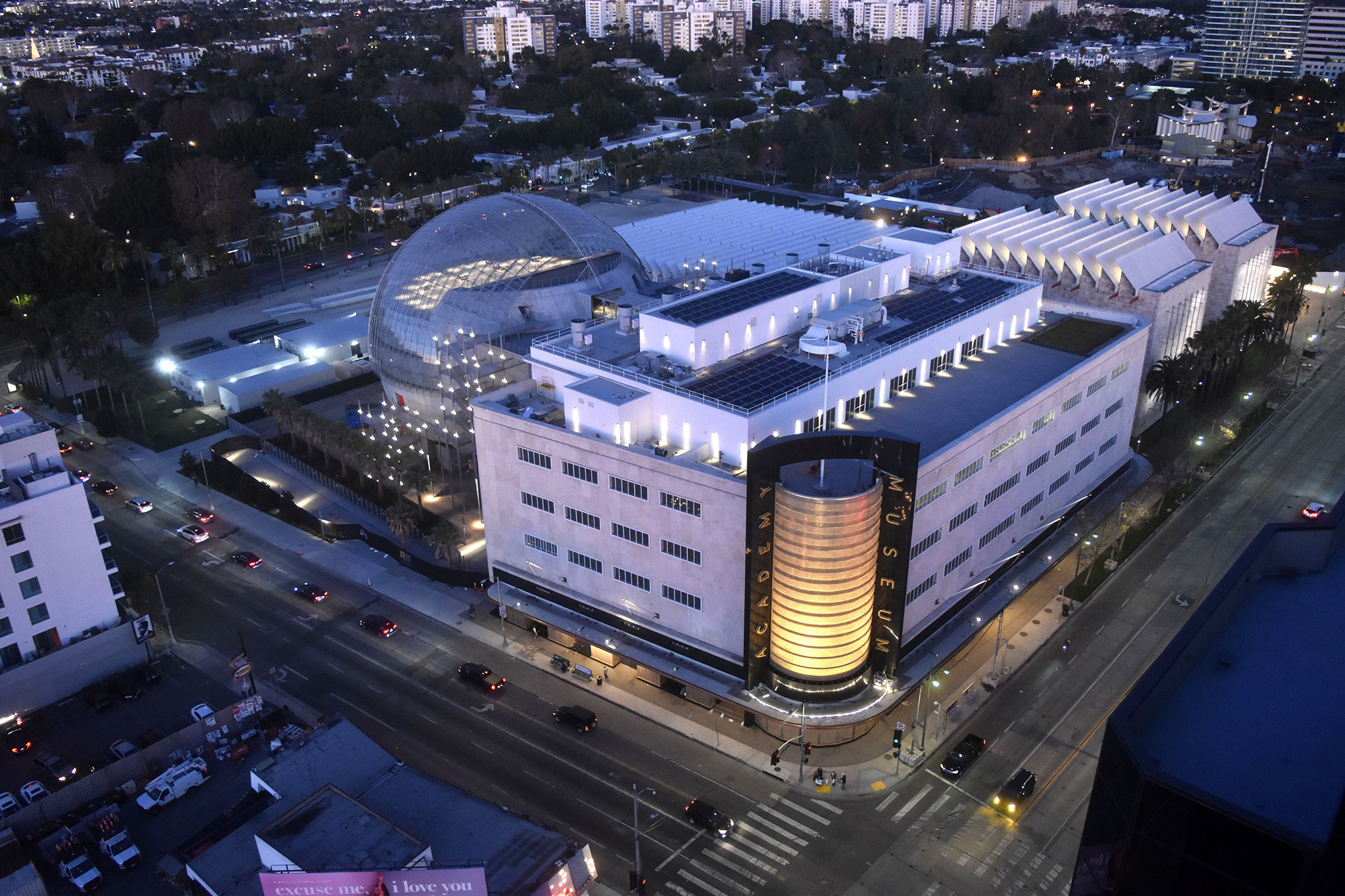 Angelenos, prepare to see plenty more disappointed faces on the Walk of Fame (and out-of-towners, prepare to be disappointed by Hollywood): As of Monday, November 8, the U.S. has opened its borders to vaccinated international travelers for the first time since March 2020.

So, if you’re a fully-jabbed tourist from one of those 33 previously-banned countries planning a trip to Los Angeles and thinking, what’d I miss (forgive us, Hamilton is here right now), we thought we’d get you up to speed on some of the most exciting things to do around L.A. right now.

Just a heads up: Keep your vax card handy, because for many indoor activities within the City of L.A., you’ll need to show proof of your vaccination status.

Check out a trio of phenomenal art exhibitions.

It’s a remarkable time to visit L.A. if you’re into museums, so much so that we think there are currently three exhibitions that are absolutely essential to see. For starters, the Academy Museum of Motion Pictures is finally open, and the folks behind the Oscars have put everything from Dorothy’s ruby slippers to R2-D2 under one roof. But through next June, the real standout is the Hayao Miyazaki retrospective, a magical forest of Ghibli goodness with beautiful background art and character drawings from My Neighbor Totoro, Princess Mononoke, Spirited Away and more.

Over at LACMA, two official paintings of Barack and Michelle Obama, typically on display in Washington, D.C., make their only West Coast stop. The bold portraits by Kehinde Wiley and Amy Sherald have been paired with the excellent “Black American Portraits,” a two-century–spanning display of vital works in the adjacent gallery.

And meanwhile in Downtown L.A., “Pipilotti Rist: Big Heartedness, Be My Neighbor” has turned the Geffen Contemporary at MOCA into a swirling playground where over a dozen of the Swiss video artist’s colorful creations play out over entire walls or tucked into bookshelves.

Watch a movie on a rooftop.

Outdoor movie season knows no end, even though we’re barreling toward winter—actually, we’d say screenings are picking up especially because the holidays are approaching. You can sit atop a Hollywood theater for Rooftop Movies at the Montalbán or a DTLA apartment building for Rooftop Cinema Club to watch a mix of old and recent classics. But we think E.P. & L.P.’s Melrose Rooftop Theatre offers the best mix right now of perfect views, comfy beanbags and near-nightly screenings (with a whole lot of Home Alone and Elf starting in December).

Stroll through the stunning gardens at the Huntington Library.

We’ve long loved the Huntington for its distinctly themed desert and Japanese gardens, rare books and growing collection of American art. But SoCal’s most exquisitely manicured space has gotten even better thanks to its recently expanded 15-acre Chinese garden, which now boasts a panoramic hilltop pavilion, a calligraphy gallery and a new cafe. Inside the European galleries, you can see (in yet another local appearance from the artist) Kehinde Wiley’s bold, poppy-filled response to The Blue Boy, which is currently on display opposite the famous 18th-century portrait.

Snack on some of the city’s best at Grand Central Market.

Downtown L.A.’s century-old food hall has always been worth the trip, but Grand Central Market has added even more notable new vendors to its arsenal of cheesy egg sandwiches, rice bowls and vegan ramen. Just before the shutdown, pie stand Fat & Flour made its debut, while last summer, fruit-stuffed favorite the Donut Man opened a stall at GCM. But the biggest addition by far is Shiku. The husband-and-wife team behind Baroo, the beloved former spot for all things fermented, have brought Korean comfort food to GCM with banchan, fried chicken and boxed meals.

See stormtroopers and Spider-Man at Disneyland.

Though technically outside of L.A., we know that Disneyland is toward the top of the list for plenty of out-of-town visitors (especially when it’s all lit up for the holidays). And if you haven’t been in a few years—or ever—there’s a lot to catch up on. Last January, only weeks before everything was forced to shut down, Star Wars: Rise of the Resistance—easily the most amazing Disneyland ride—opened and simply blew our minds. After the park reopened this past spring, Avengers Campus debuted at Disney California Adventure Park with a shockingly good fried chicken sandwich and two Spider-Man appearances, as a high-flying robot and in a web-slinging ride. Before you go, though, we suggest brushing up on the impending paid Genie Plus overhaul to the parks’ line-skipping service.