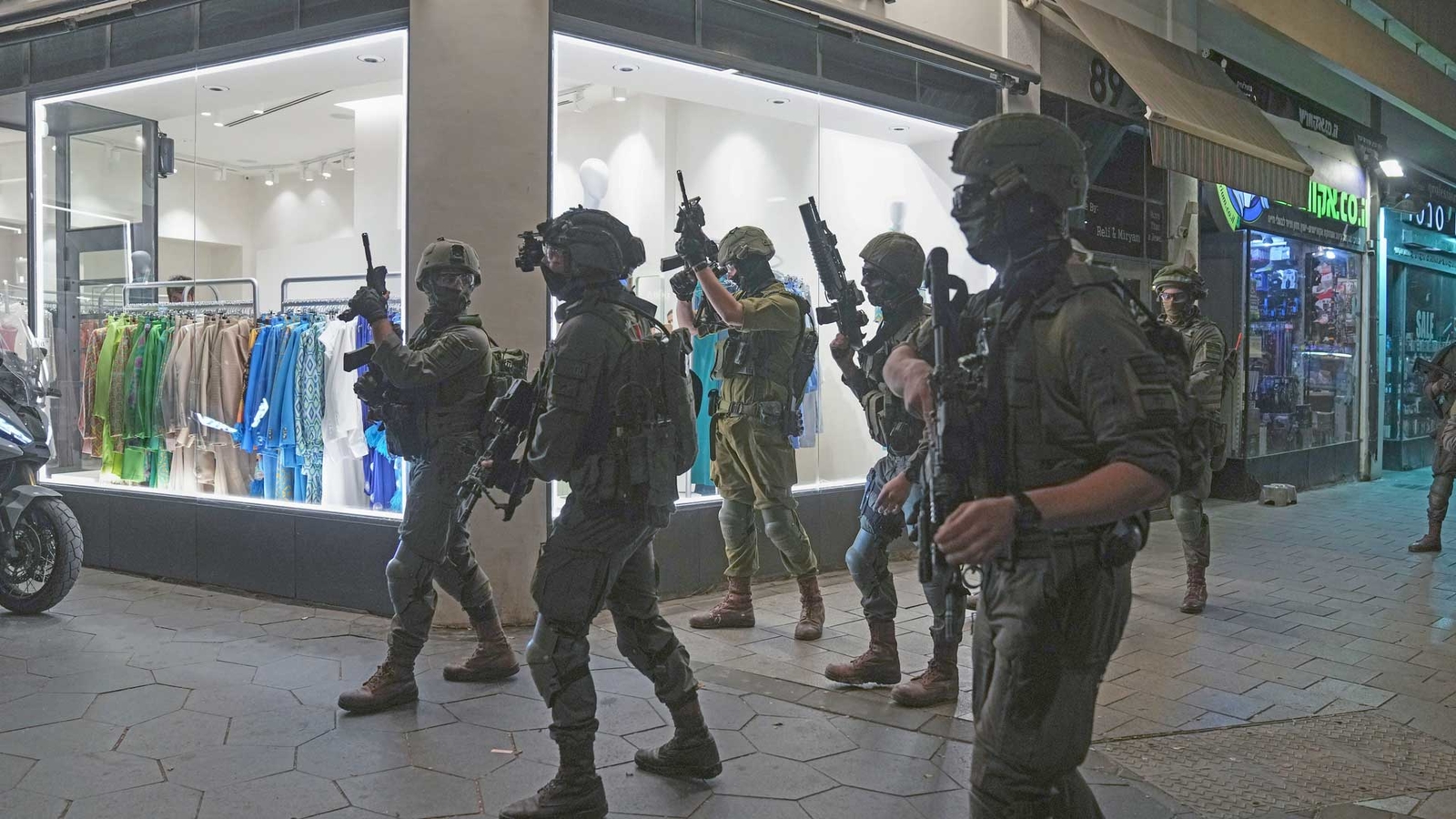 TEL AVIV, Israel — Israeli security forces early Friday hunted down and killed a Palestinian man who had opened fire into a crowded bar in central Tel Aviv, killing two and wounding over 10 in an attack that caused scenes of mass panic in the heart of the bustling city.

It was the fourth deadly attack in Israel by Palestinians in three weeks, and came at a time of heightened tensions around the start of the Islamic holy month of Ramadan. Thousands of Palestinians from the West Bank were set to enter Jerusalem for the first Friday prayers of Ramadan at the Al-Aqsa Mosque.

Israeli Prime Minister Naftali Bennett met with top security officials and announced that a major crossing in the northern West Bank near the attacker’s hometown would be closed indefinitely.

“Every murderer will know that we’ll get to him, and anyone who helps terrorists should know that the price he will pay will be unbearable,” Bennett said in a statement.

Thursday’s shooting took place in a crowded bar on Dizengoff Street, a central thoroughfare that has seen other attacks over the years. Thursday night is the beginning of the Israeli weekend, and the area was packed with people in bars and restaurants.

In videos spread on social media, dozens of terrified people were seen running through the streets as police searched for the attacker and ordered people to stay indoors.

Early Friday, authorities said they found the attacker hiding near a mosque in Jaffa, an Arab neighborhood in southern Tel Aviv, and killed him in a shootout.

The Shin Bet internal security service identified the attacker as Raad Hazem, a 28-year-old Palestinian man from Jenin, in the occupied West Bank. It said he did not belong to an organized militant group and had no prior record. It said he had entered Israel illegally without a permit.

The Jenin refugee camp was the scene of one of the deadliest battles of the second Palestinian intifada, or uprising, 20 years ago. In April 2002, Israeli forces fought Palestinian militants in the camp for nearly three weeks. Twenty-three Israeli soldiers and at least 52 Palestinians, including civilians, were killed, according to the United Nations.

The Israeli military frequently conducts arrest raids in Jenin, often coming under fire. The Palestinian Authority, which administers parts of the occupied West Bank and coordinates with Israel on security matters, appears to have little control over the area.

After Thursday’s attack, 13 Israelis have been killed in recent weeks, making this one of the worst waves of violence in years.

The militant Hamas group that rules the Gaza Strip praised the attack but did not claim responsibility. President Mahmoud Abbas, who heads the PA, condemned the attack, saying the killing of civilians on either side “can only lead to a further deterioration of the situation.”

All of the attackers appear to have acted individually or with minimal support from a small cell. Three of them are believed to have identified with the extremist group Islamic State. But militant groups do not appear to have trained them or organized the attacks.

Seeking to avoid a repeat of last year’s war, Israeli, Jordanian and Palestinian leaders have held a flurry of meetings in recent weeks to discuss ways to maintain calm.

Israel has taken a number of steps aimed at calming tensions, including issuing thousands of additional work permits for Palestinians from the Hamas-ruled Gaza Strip. But the attacks have set off growing calls in Israel for a tougher crackdown.

Prior to the attack, Israel had said it would allow women, children and men over 40 from the occupied West Bank to pray at the Al-Aqsa Mosque in east Jerusalem on Friday. Tens of thousands were expected to attend, and thousands of police were to be mobilized.

The mosque in Jerusalem’s Old City is the third holiest site in Islam and sits on a hilltop that is the most sacred site for Jews, who refer to it as the Temple Mount. The holy site has long been a flashpoint for Israeli-Palestinian violence.

Israel has worked to sideline the Palestinian issue in recent years, instead focusing on forging alliances with Arab states against Iran. But the century-old conflict remains as intractable as ever.

Israel captured east Jerusalem, the West Bank and the Gaza Strip in the 1967 Mideast war. The Palestinians want all three territories to form their future state. The last substantive peace talks broke down more than a decade ago, and Bennett is opposed to Palestinian statehood, though he supports steps to improve their economy and quality of life.

Israel annexed east Jerusalem in a move not recognized internationally and considers the entire city to be its capital. It is building and expanding Jewish settlements in the occupied West Bank, which most of the international community considers illegal.

Israel withdrew soldiers and settlers from Gaza in 2005. But along with neighboring Egypt, it imposed a crippling blockade on the territory after the militant Hamas group seized power from rival Palestinian forces two years later. Israel and Hamas have fought four wars since then.

Israel says the conflict stems from the Palestinians’ refusal to accept its right to exist as a Jewish state and blames attacks in part on incitement on social media. Palestinians say such attacks are the inevitable result of a nearly 55-year military occupation that shows no sign of ending.

Copyright © 2022 by The Associated Press. All Rights Reserved.