Press play to listen to this article Despite tough talk from President Recep Tayyip Erdoğan, Turkey is likely to ultimately greenlight NATO membership for Finland and Sweden. The military alliance will just have to pay a price first. Ankara has raised objections to the two Nordic countries’ bids to join NATO, blocking the organization from … Read more

US President Joe Biden receives Finnish President Sauli Niinisto and Swedish Prime Minister Magdalena Andersson at the White House Russia said Thursday that 1,730 Ukrainian soldiers had surrendered this week at the Azovstal steel plant in Mariupol, showing some emerging on crutches after a desperate battle that has become emblematic of the nearly three-month-old war. … Read more 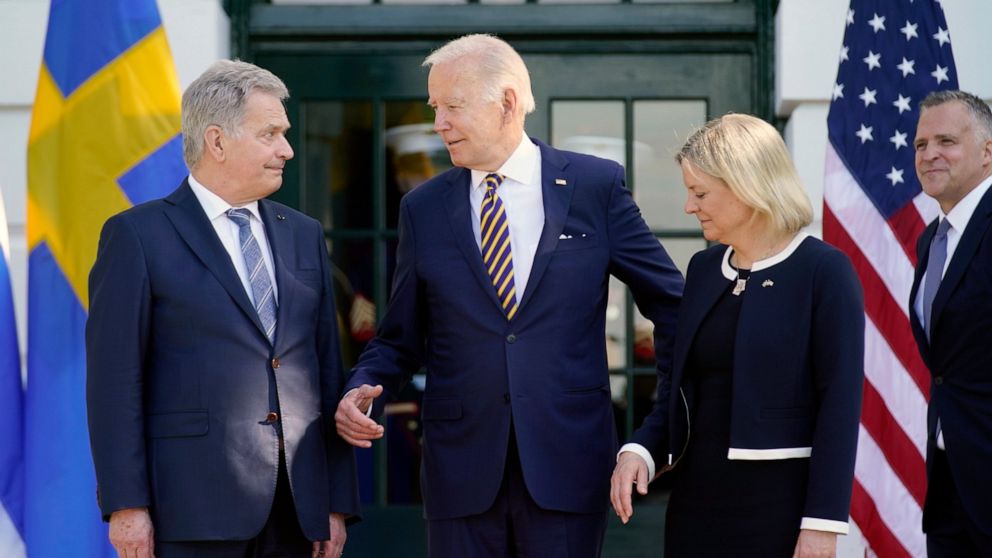 President Joe Biden has welcomed the leaders of Sweden and Finland to the White House to discuss the application of the long-neutral countries to join the North Atlantic Treaty Organization in response to Russia’s invasion of Ukraine By ZEKE MILLER and CHRIS MEGERIAN Associated Press 19 May 2022, 14:59 • 4 min read Share to … Read more 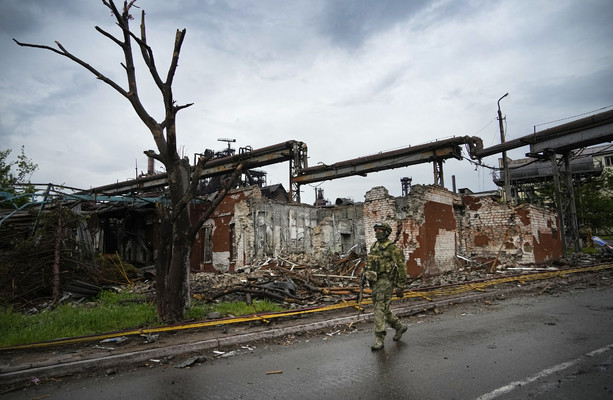 Updated 8 minutes ago THE RUSSIAN MILITARY has said that more Ukrainian fighters who were making a last stand in Mariupol have surrendered, bringing the total who have left their stronghold to 1,730, while the Red Cross said it had registered hundreds of them as prisoners of war. The International Committee of the Red Cross … Read more 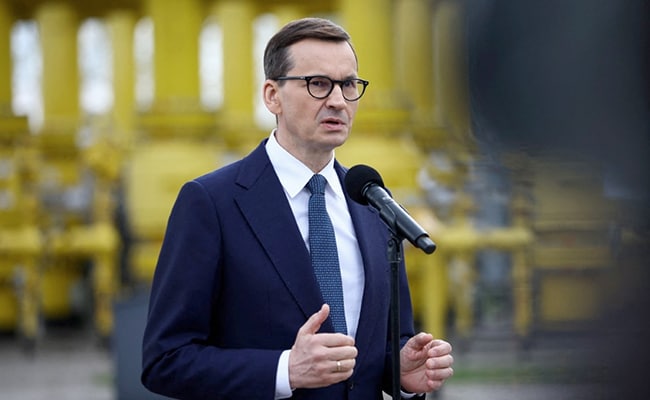 Any membership bid must be unanimously approved by NATO’s 30 members. Poland will assist Sweden and Finland, should they be attacked before obtaining NATO membership, Prime Minister Mateusz Morawiecki said on Thursday. “I consider the accession of Sweden and Finland to NATO as an important signal of strengthening security in Europe,” he said during a … Read more 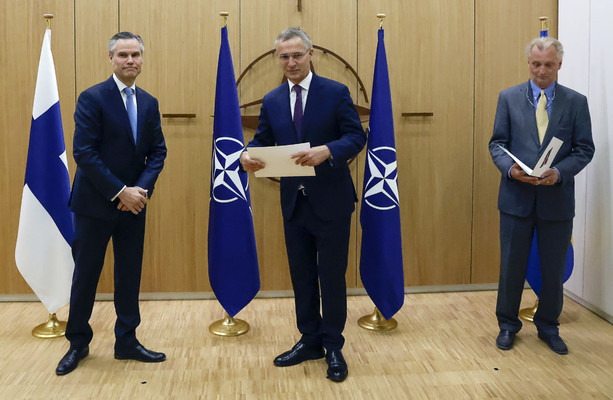 NATO SECRETARY GENERAL Jens Stoltenberg said that Finland and Sweden have officially applied to join the world’s biggest military alliance, in a move driven by security concerns over Russia’s war in Ukraine. “I warmly welcome the requests by Finland and Sweden to join Nato. You are our closest partners,” Stoltenberg said after receiving application letters … Read more 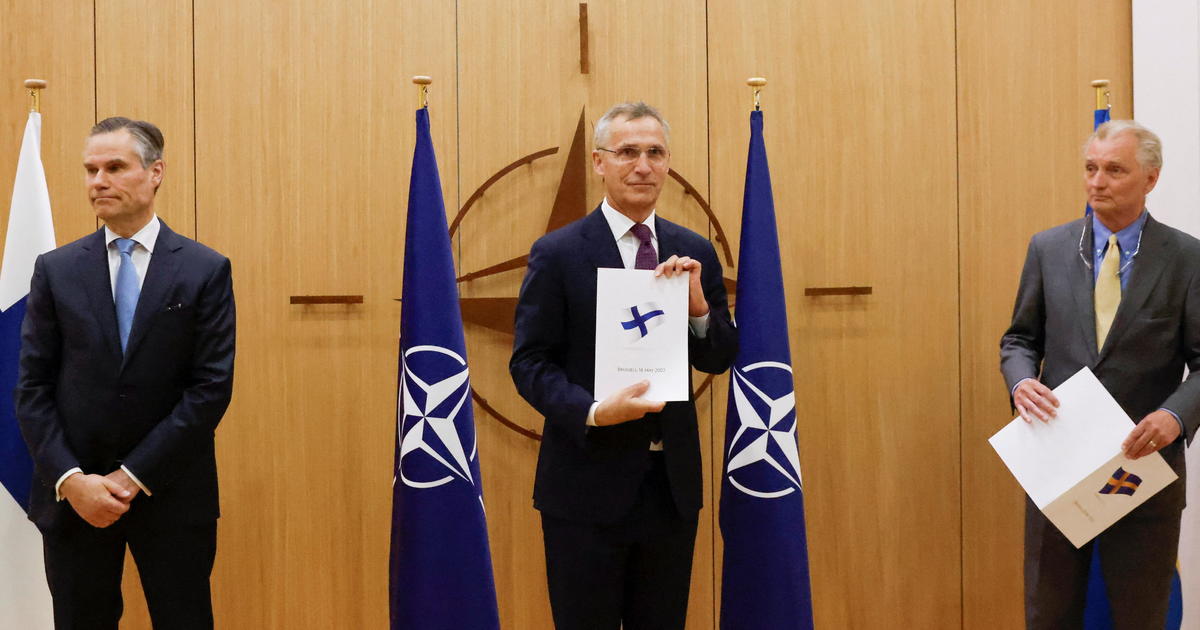 Brussels — NATO Secretary-General Jens Stoltenberg said Wednesday that Finland and Sweden have formally applied to join the world’s biggest military alliance, a move driven by security concerns over Russia’s war in Ukraine. “I warmly welcome the requests by Finland and Sweden to join NATO. You are our closest partners,” Stoltenberg told reporters after a … Read more

Sweden and Finland on Wednesday formally applied to join NATO at the military alliance’s headquarters in Brussels. NATO Secretary-General Jens Stoltenberg gave a short address alongside the Swedish and Finnish ambassadors to NATO, Axel Wernhoff and Klaus Korhonen. “I warmly welcome requests by Finland and Sweden to join NATO,” Stoltenberg said. “You are our closest partners, and … Read more 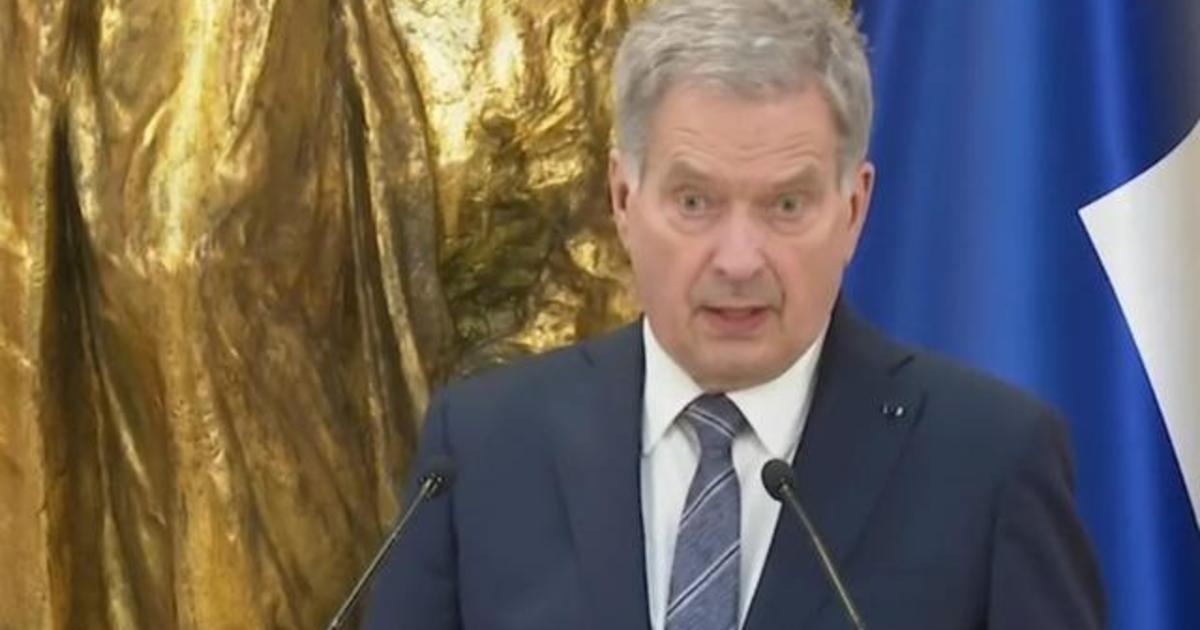 Finland seeks NATO membership as Russia wages war in Ukraine – CBS News Watch CBS News One of Russia’s closest neighbors, Finland, has officially launched its bid to join NATO with Sweden also announcing its intent to join. Finland shares over 800 miles of border with Russia, and despite repeated threats from Russia, Finland is … Read more HELSINKI/BRUSSELS — Against the backdrop of the Russian war in Ukraine, Sweden and Finland are jointly setting course for NATO membership. On Wednesday, the Nordic countries plan to submit their applications to intergovernmental military alliance. Russia down played the consequences of the two countries possibly joining NATO on Tuesday. “Finland, Sweden and other neutral countries … Read more