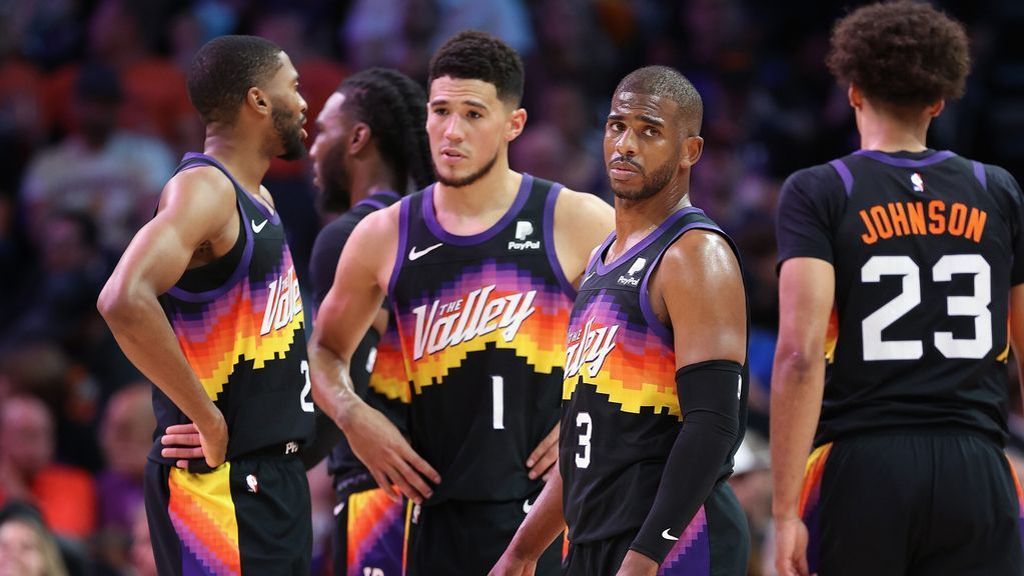 PHOENIX — On the plane ride back home after losing in blowout fashion to the Dallas Mavericks in Game 6 of the Western Conference semifinals, Suns star Devin Booker joined a card game with teammates Chris Paul and Jae Crowder and discussed their Game 7 challenge ahead. Paul has played in seven Game 7s before, … Read more

Denver Nuggets fans are accustomed to disappointment, so they deserve to celebrate the fact that the franchise’s biggest star, Nikola Jokic, will be officially named the NBA’s most valuable player later this week. After all, the award is Jokic’s second in a row, putting him in rare company among the elite of the sport and … Read more A former Phoenix Suns ticket manager has pleaded guilty in Maricopa County Superior Court to stealing and pawning off tickets to NBA games in Phoenix between 2017 and 2019, embezzling nearly half a million dollars along the way. Jeffrey Allan Marcussen, who entered a change of plea in court on April 8, ran his scheme … Read more