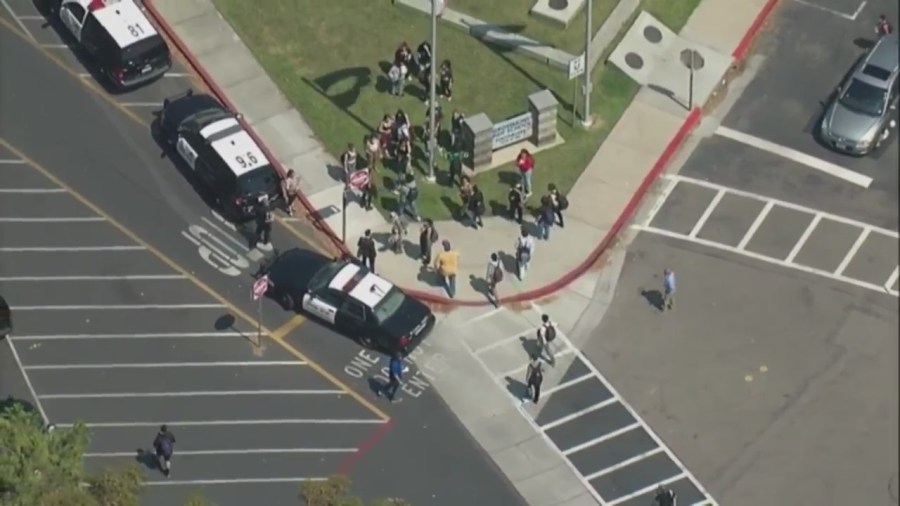 EL CAJON, Calif. — Four students were detained and released Monday, according to a Grossmont Union High School District official, after authorities responded to students protesting on the school’s campus in El Cajon.

“When the lunch bell rang, many students refused to return to class,” McGlashen tweeted. “Based on the early information we have gathered, the event escalated…including apples and water bottles being thrown.”

McGlashen said law enforcement was required in order to calm the situation and keep students safe.

“Students are safe,” he said. “Law enforcement remained on campus out of an abundance of caution as the school day continued.”

SkyFOX was over the scene where students could be seen rallying on campus and carrying a sign.