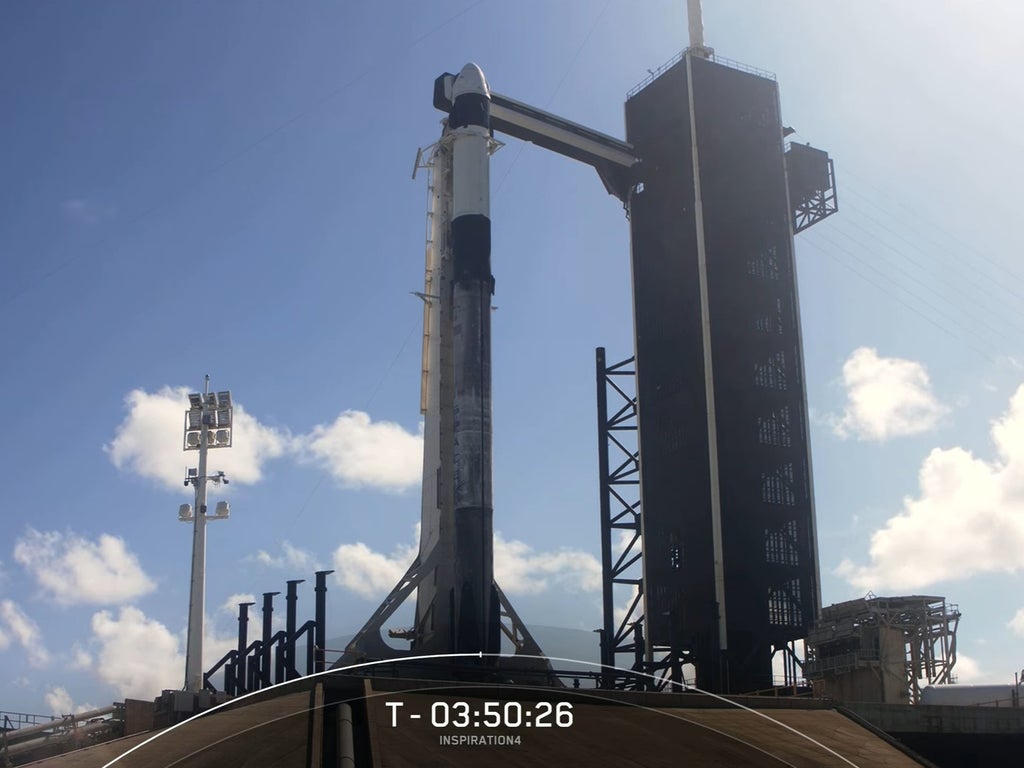 The launch window opens at 1am on Thursday morning UK time, or 8pm local eastern time. It is open for five hours, meaning that it will be delayed if the team are not able to fit in that window.

There will be a live stream of the launch, which will be embedded on this page as soon as it’s available.

After launch, the team will fly higher in orbit than any human since the Space Shuttle, spending three days in space conducting experiments and experiencing Earth at a distance. They will then fall back down to Earth, landing in the ocean for a splashdown.

If the mission is a success, it will mark a major step forward for space tourism, and for Elon Musk and SpaceX’s plans to make it accessible to anyone with the money to fund a rocket and spacecraft to carry them to orbit.