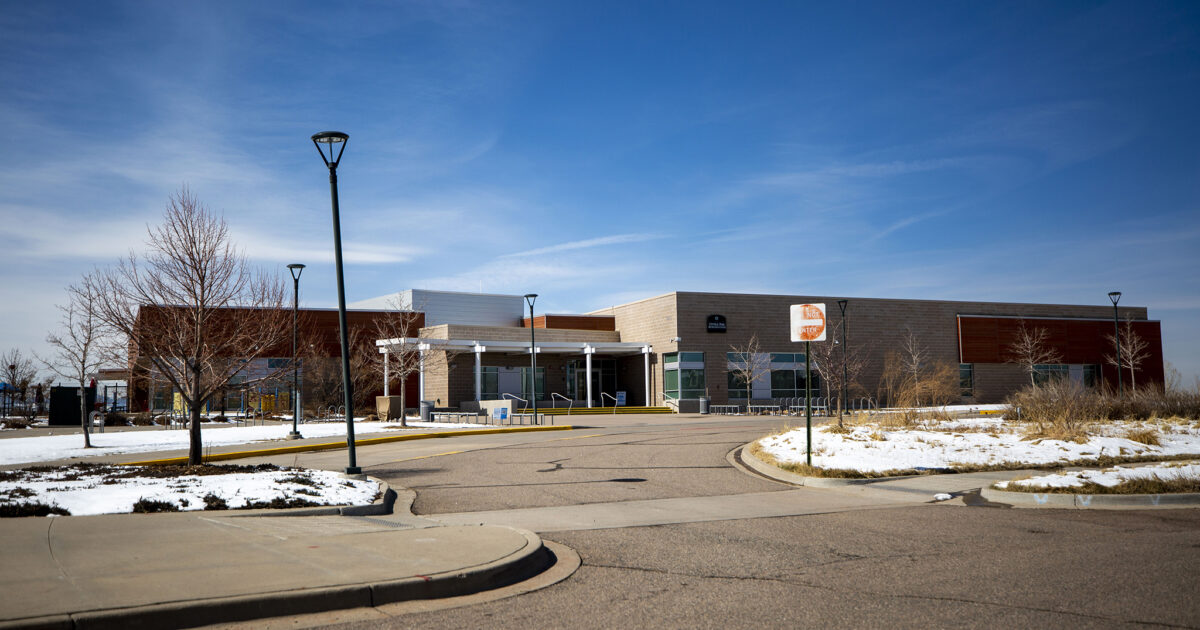 “The Mayor of Pickleball looks forward to an opportunity to sit down with Denver Parks and Recreation in mediation to resolve this complete Pickleball Goof-Up.”

Denver District Attorney Beth McCann said her office has not filed charges against 71-year-old Arslan Guney, a Central Park man accused of criminal mischief. Guney has been accused of destroying Denver Parks and Recreation property after he drew 1-by-1 boxes on the court of the Central Park Recreation Center indicating where pickleball court boundaries should be placed.

An arrest warrant was issued on March 17, and Guney turned himself in on March 24. He was later released on a personal recognizance bond.

Guney was waiting to hear whether the D.A.’s office would press charges against him, and on Tuesday he got his answer.

In a press release McCann said her office hasn’t charged Guney with any “criminal counts.” Instead, her office has asked Guney and Parks and Rec to meet for mediation.

“At my suggestion, the parties will attempt to resolve this matter through mediation with a city mediator,” McCann said. “I am optimistic that by sitting down and working out a mutually-agreeable solution, this matter can be solved amicably.”

Hollynd Hoskins, Guney’s attorney, said he’s “relieved that no criminal charges have been filed to date” but Guney “is still very concerned about the looming threat.”

According to Hoskins, if mediations aren’t complete by Guney’s next court date on April 7, the case will be back into McCann’s hands.

But mediation is what Hoskins and Guney were initially seeking.

In a previous email, Hoskins said she and Guney reached out to Parks and Rec several times “to clear up the misunderstanding, to apologize and to pay any reasonable damages.” Hoskins said they also offered “to have the Central Park Pickleball Community agree to volunteer for at-risk children in Denver at any of the recreation centers to teach them pickleball and… offer mentoring and tutoring for their school work.”

According to the arrest warrant, John Martinez, the deputy executive director of Parks and Recreation, said he “was not interested in meeting with Mr. Guney” and the department would move forward with the charges.

Parks and Rec spokesperson Cynthia Karvaski said the department would provide no further statements “through the course of mediation” but the department is “hopeful a resolution can be reached.”

Pickleball is a popular racket sport, and Guney is known by fellow pickleball fans as the “Mayor of Pickleball”. He can often be found at the Central Park Rec Center playing and teaching the sport.

The courts at the Central Park center aren’t permanently marked for pickleball. Instead, yellow raised cloth markers that resemble tape are used to designate the ins and outs of the playing field. Those markers aren’t permanent and need to be set up, along with the nets, during pickleball play.

On March 14, according to the arrest warrant, staff members at the rec center noticed “several small squares on the basketball court that were drawn in permanent marker.” Video footage was reviewed and Guney was seen marking the floors.

Maintenance staff were asked to remove the markings with a “solvent,” but whatever substance was used “was also removing the finish on the floor,” according to the warrant.

But according to Hoskins and several witness statements she received, rec center staff previously drew Xs on the court floor to indicate where the yellow markers should go. Hoskins said Guney simply and mistakenly followed suit.

Hoskins said she hopes the mediations go well, so Guney can put this behind him.

Besides facing possible charges, Guney was also permanently banned from all Denver rec centers and his membership was suspended indefinitely. Hoskins said she filed an appeal and hopes the ban is also lifted.

“He had no intention of destroying or damaging. It’s not criminal mischief,” Hoskins previously said. “The Mayor of Pickleball looks forward to an opportunity to sit down with Denver Parks and Recreation in mediation to resolve this complete pickleball goof-up.”