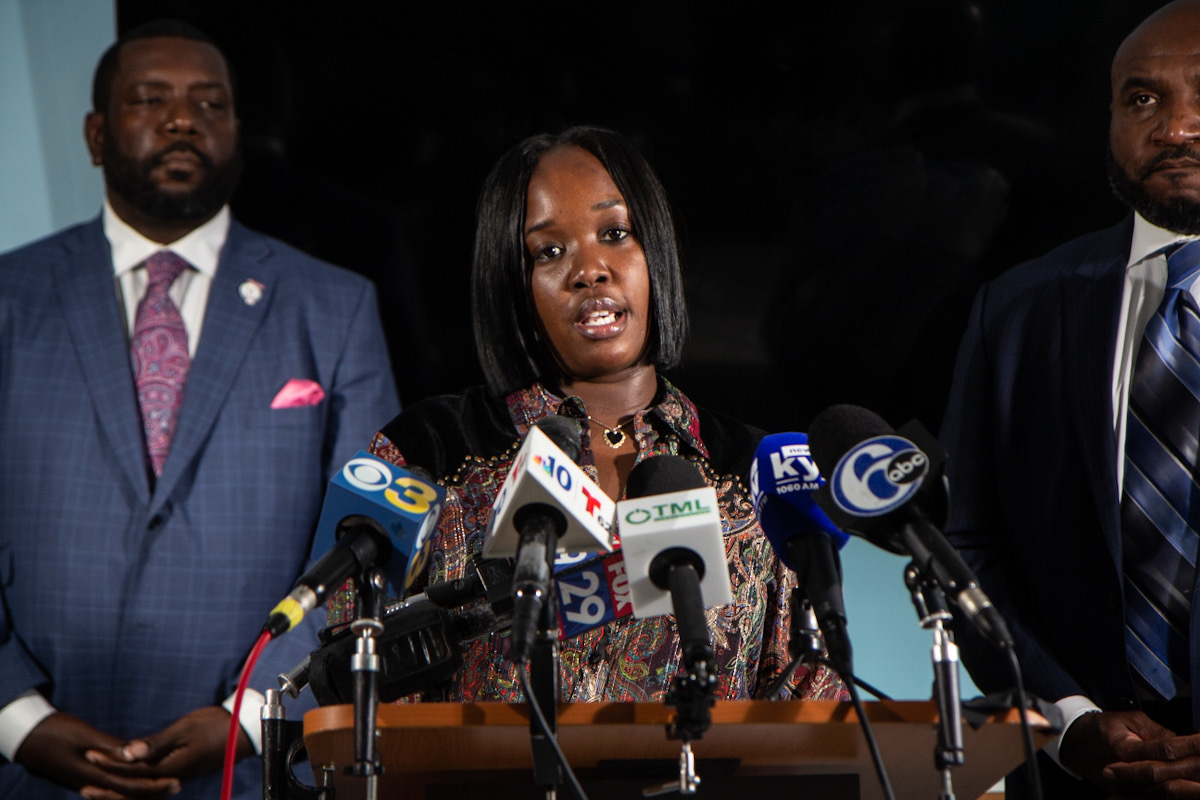 Rickia Young said she will never forget what the officers did that night, and that she hopes “the officers responsible will never have the chance to do something like this to another person ever again.”

Young and her lawyers called for District Attorney Larry Krasner to bring criminal charges against the officers involved. The Philadelphia Inquirer reported yesterday that two veteran officers were fired for their use of force.

Philadelphia Police Commissioner Danielle Outlaw said in a statement that what the officers did that day “violated the mission of the Philadelphia Police Department … and … created an environment that terrorized Rickia Young, her family, and other members of the public.”

Young and her lawyers also want damages from the Fraternal Order of Police, which declined to comment. Lawyer Kevin Mincey said the FOP posted that picture of Young’s son as a piece of “political propaganda,” because it happened shortly before the 2020 presidential election, and after the National FOP endorsed former President Donald Trump. He quoted the FOP website, which describes the organization’s “influence on public safety and policing issues is second to none.”

Young added that she wants the FOP held accountable for portraying her as a mother who would not know or care about where her son was.

“Our physical injuries may heal,” she said. “But the pain of seeing those images of my son in the arms of the officer, and their horrible caption written to describe that picture, may never heal.”

This April, the family of Walter Wallace Jr. also filed a wrongful death lawsuit against the two officers who killed him.