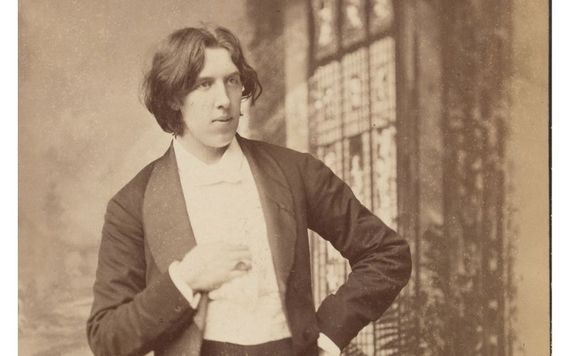 Known for his “Oscar Wilde quotes,” Oscar Wilde’s poems deal with matters of the heart, ancient mythology, and the misery of incarceration.

Oscar Wilde is best known for his plays, but he also wrote poems. His rapier wit and flair for language remains on exhibit throughout these, his best works.

The Ballad of Reading Goal

Perhaps his most powerful and emotional poem is “The Ballad of Reading Goal” written while Wilde was in exile in France.

Wilde was humiliated when sentenced to imprisonment for homosexual acts and whilst in jail he endured hard labor, mockery, and deprivation.

After his release he was desperate to earn money to supplement his meager income and thus “The Ballad of Reading Gaol” was written, detailing the privations of the worst two years of his life.

“The Sphinx” is another ‘must read’ among Wilde’s poems. Drawing on classical mythology, the poem depicts the beast of legend in a manner that contrasts with the staid Christian world of the Victorian era with what Wilde feels is the colorful, pagan way of Ancient Egypt.

“The Sphinx” takes Wilde away to this magical world and leads him on a tour through the great pyramids, decorated with incomprehensible hieroglyphics, where they encounter the Gods of old who dwell along the banks of the Nile.

A lovely, simple poem in which Wilde talks about his desire to marry a woman with the male suitor cast in the role of a bee and his female love as the flower to be pollinated. The poem’s rhyme scheme makes it a joy to read and its simplicity makes it an accessible poem for those looking to begin reading the works of this legendary writer.

Fifteen short stanzas long, this poem deals with the theme that Wilde is perhaps most associated with: love. Unlike the love that had him cast into jail, the love in this particular poem is not illicit. Instead, it deals with a love that hints of trouble and it serves as a form of an apology. The subjects of most of Wilde’s poems are not the man himself, but that is not the case in this instance and the poet reflectively concludes:

“I have made my choice, have lived my poems, and, though youth is gone in wasted days,
I have found the lover’s crown of myrtle better than the poet’s crown of bays.”

A fascinating insight into the mind of one of Ireland’s greatest writers.

He might have been a member of the Church of Ireland, but this poem hails his first love, Florence, in a manner that draws heavily on the language of Catholicism. Florence is portrayed as an angel and a love struck Wilde queries if it was Jesus who sent her.

The poem does not rhyme as well as some of Wilde’s other works but still makes for a glorious read.