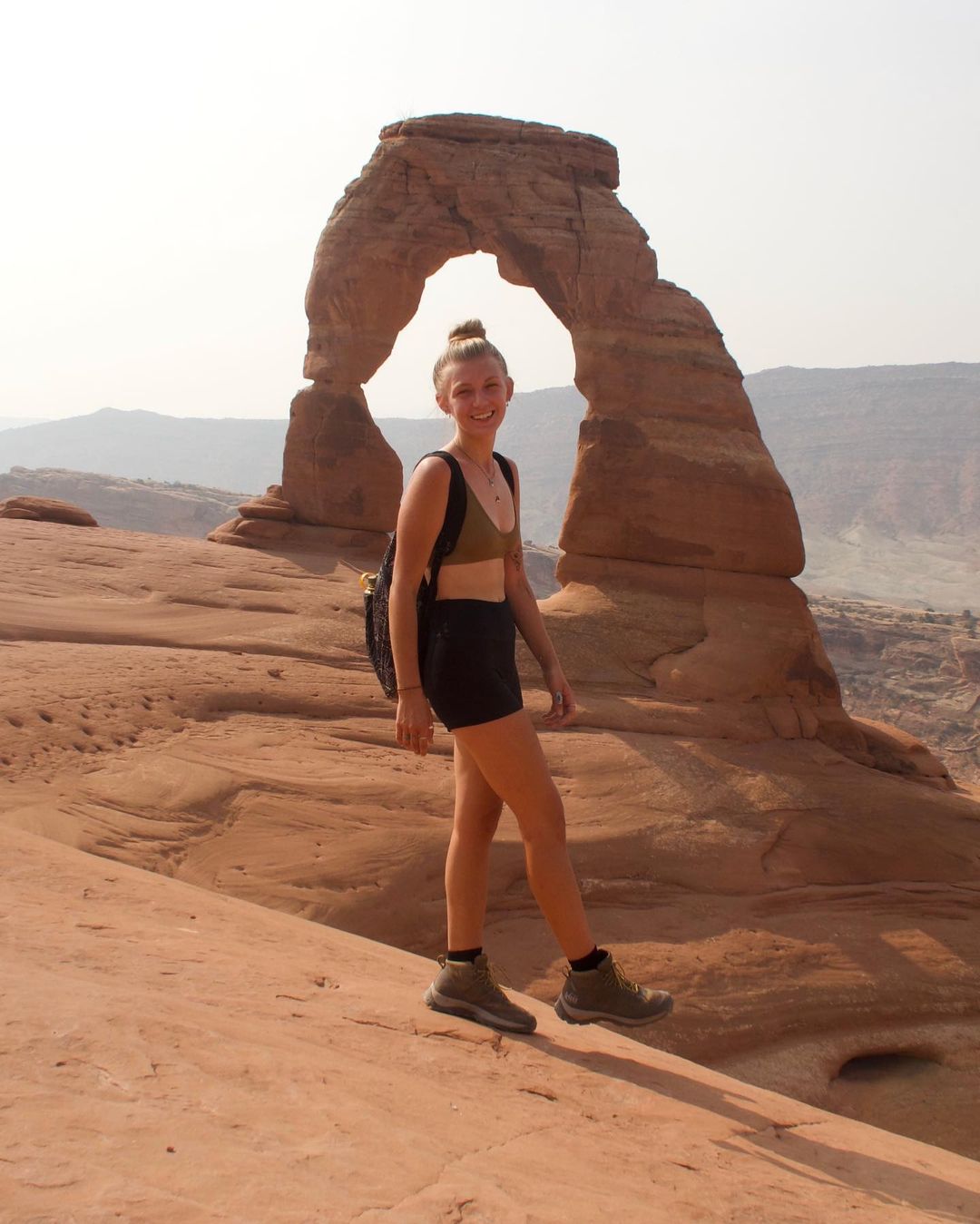 THE Moab Police Department has officially confirmed that its officers responded to an incident involving missing 22-year-old Gabby Petito and her boyfriend Brian Laundrie about two weeks before she was last seen.

“Our officers did respond to an incident involving Brian Laundrie and Gabrielle Petito on 12 August 2021 however, neither Brian or Gabrielle were the reporting party,” Chief of Police Bret Edge told Fox News.

Police declined to give any further details.

Petito was last heard from on August 25 when she called her mother, Nicole Schmidt, from a hotel in Salt Lake City.

Schmidt first reported her missing on September 11, after she had not received word from her daughter in 13 days.

It comes as Petito’s family issued a statement slamming her fiancé for refusing to help in the search – after his parents told police he is “not available” to talk.

Brian Laundrie finally broke his silence after he mysteriously returned alone from he and Petito’s trip to Grand Teton National Park in Wyoming last month.

The statement, issued by his attorney, Steve Bertolino, does not address if Laundrie has any knowledge of what happened to Petito.

It reads: “This is an extremely difficult time for both the Petito family and the Laundrie family.

“I understand that a search has been organized for Miss Petito in or near Grand Teton National Park in Wyoming.

“On the advice of counsel, the Laundrie family is remaining in the background at this juncture and will have no further comment.”

Petito’s family issued a statement in response, begging the Laundrie family to assist in finding their daughter.

“The Schmidt and Petito family are going through the worst moments of their lives. Their beautiful twenty-two year old daughter is missing and the one person that can help find Gabby refuses to help.”

It went on to slam Laundrie for staying silent: “Brian is refusing to tell Gabby’s family where he last saw her. Brian is also refusing to explain why he left Gabby all alone and drove her van to Florida.

“The Schmidt and Petito family beg the Laundrie family to not ‘remain in the background’ but to help find who Brian referred to as the love of his life.

“How does Brian stay in the background when he is the one person that knows where Gabby is located? The Schmidt and Petito family implore Brian to come forward and at least tell us if we are looking in the right area.”

Laundrie returned from the couple’s trip alone in Petito’s van to the pair’s home in North Port, Florida at an unknown date.

Police have since confirmed to the Daily Mail that they have seized the van and are searching it for possible clues.

“We have the vehicle, we took it away very late Saturday night into Sunday,” North Port police spokesman Josh Taylor said.

“We take it, we process it for evidence — fingerprints, any evidentiary value that we think is possible.

“We are continuing to try to piece the things together. The situation is obviously very fluid.”

He added that Laundrie has not talked to police: “We have not talked with him, we would love to talk to him.

“He is under no obligation to talk to us — and he has not. And we don’t even know yet if a crime happened.”

When police arrived at the home of Laundrie’s parents, his father, Christopher Laundrie, 62, refused to provide any information.

“We did not actually talk to him,” Taylor said. “We talked to his parents. And they did not want to make him available to do that.”

She and Laundrie reportedly left for a cross country trip on July 2 after attending the graduation of her brother, and the couple was set to arrive in Portland in October.

“We are looking for her. We are not focusing on anything else, but finding her… I believe she’s gonna come home,” she repeated.

Petito’s father Joseph also told WPTV he would do whatever it takes to find her.

“Pride isn’t an issue right now. My only daughter is missing,” he said.

It comes Petito’s friends have flooded Laundrie’s Instagram begging him to help in the search.

The content of Laundrie’s Instagram page has also come to light, which features his hand drawn pictures of chilling images of blood and knives.

We pay for your stories!

Do you have a story for The US Sun team?