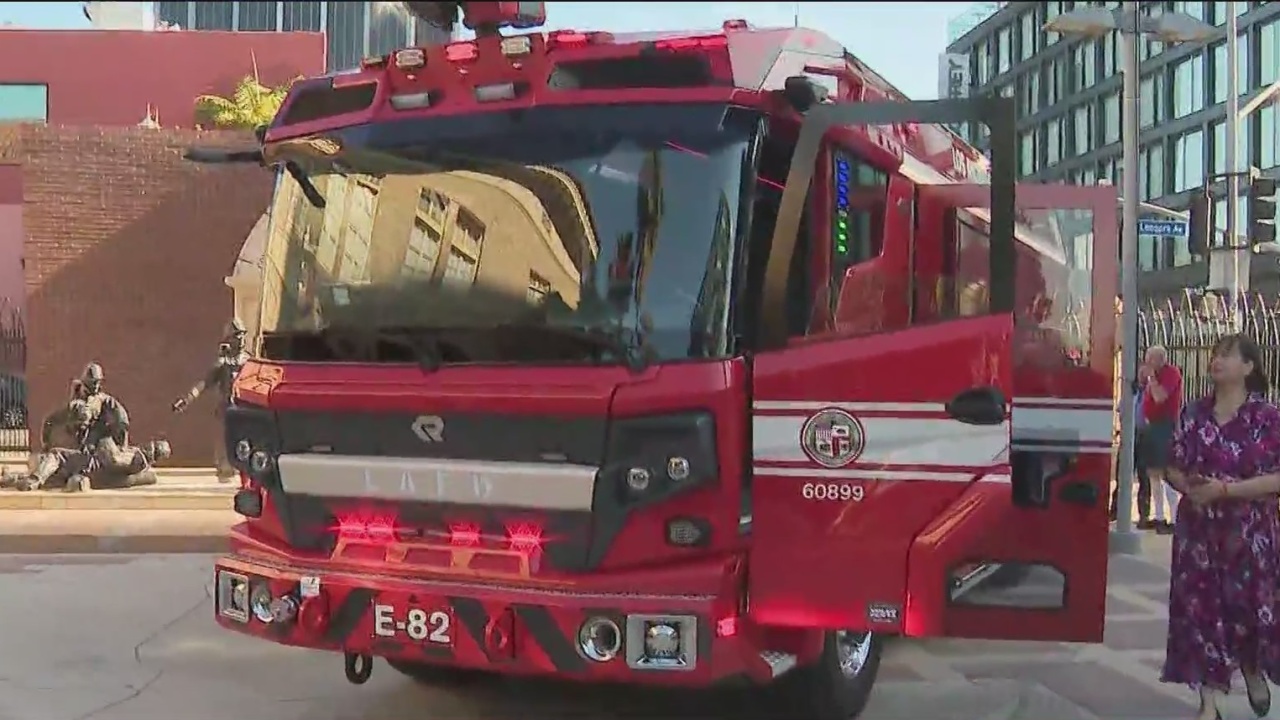 The Los Angeles City Fire Department is now the first in the country to have an electric fire engine.

The Department unveiled the truck Saturday morning outside the LAFD historical museum in Hollywood.

The fire truck was custom-made by Rosenbauer, a manufacturing company in Austria that builds tools and equipment for firefighters.

In addition to its lack of emissions, Chief Kristin Crowley says the truck meets all of the national fire standards, is quieter and smaller in width than standard fire trucks and has a tight turning radius.

The electric fire truck will be assigned to Fire Station 82 in Hollywood.