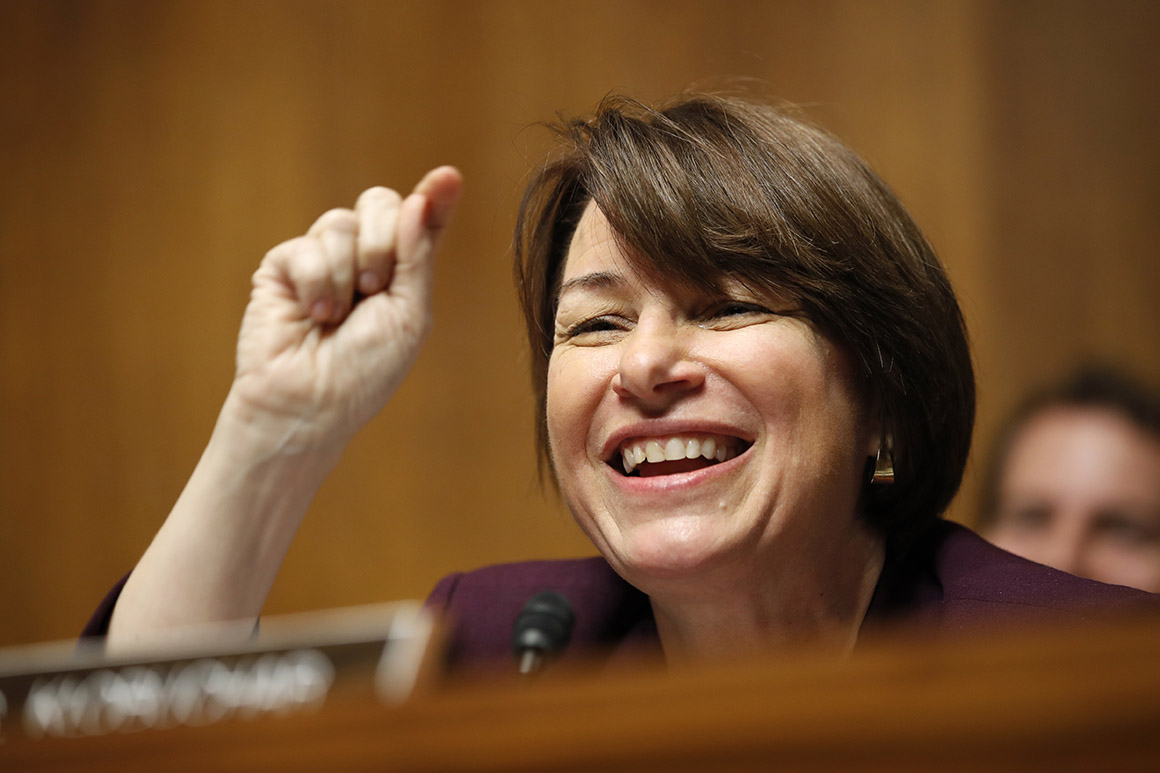 A federal judge in California on Friday rejected a game developer’s claims that Apple operates an illegal monopoly, but ruled that the company has violated state law with the contracts it imposes on developers. The case brought by Epic Games came as Democrats and Republicans in both chambers have released bills aimed at increasing competition in the app market.

Klobuchar has also coordinated with House counterparts to craft bills to go with the lower chamber’s antitrust package rolled out earlier this summer.

Klobuchar said the ruling in the Epic case only further supports the need for federal legislation.

“The average American spends four hours a day on apps, and Google dominates, of course, the non-Apple phones,” Klobuchar said during the tech summit.

“We have to do a number of things that [are] contained in our bills, to stop the self-preferencing behavior, to make sure that they’re not randomly charging certain companies 30 percent, like Spotify and Match.com, and that they’re not using their monopoly power to stop companies from being able to allow their customers to know where they can get less expensive alternatives,” she added.

The hurdles: Progress on antitrust legislation has slowed as lawmakers tackle other pressing priorities. The House Judiciary Committee moved forward with six bills aimed at the tech giants in late June, but they have yet to get floor time in the chamber and have drawn attacks from some top Republicans. Congress has also yet to move forward with comprehensive privacy legislation.

Klobuchar blamed the tech industry for the holdup on privacy bills, despite the companies’ repeated statements that they are committed to protecting users’ data.

“If you are willing to do it yourself, then why are you opposed to putting it into law?” she asked.