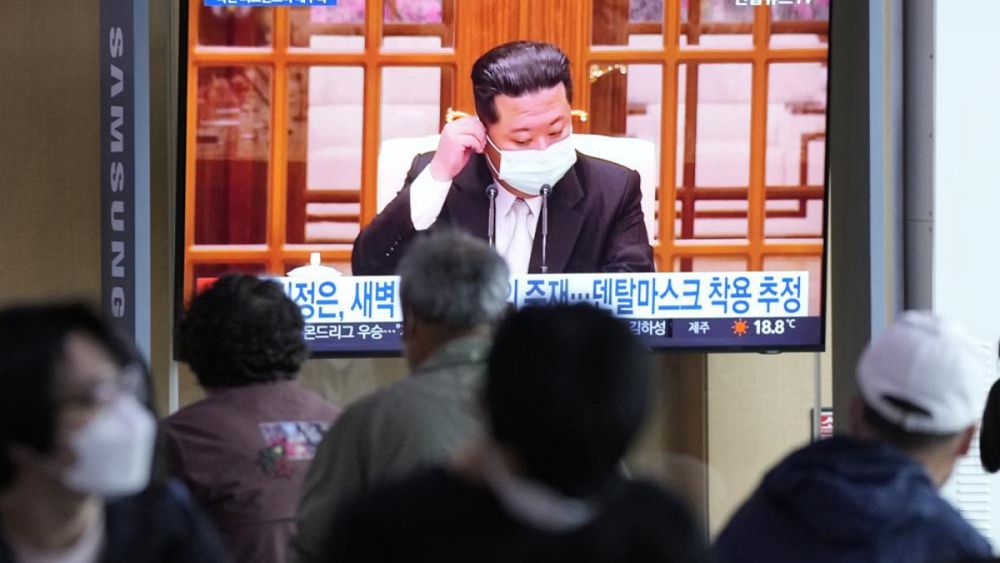 An outbreak of Covid-19 in North Korea is being labelled a “great disaster” by the country’s leader Kim Jong-un.

It has led to the first deaths since the start of the pandemic and there are fears a major outbreak could be hugely damaging to the nation of 25 million people.

North Korea is already struggling with a lack of medicine, food shortages and an economy weakened by sanctions and a total shutdown of its borders.

Twenty-seven people are reported to have died from the coronavirus but about half a million are thought to have developed fevers since the end of last month.

Officials argued they had controlled the spread of Covid by closing off all borders since January 2020.

South Korea has offered aid to its northern neighbour but Pyongyang has not yet responded.

Since Thursday North Korea has imposed steps aimed at restricting the movement of people and supplies between cities and counties but state media’s descriptions of the measures indicate people are not being confined to their homes.