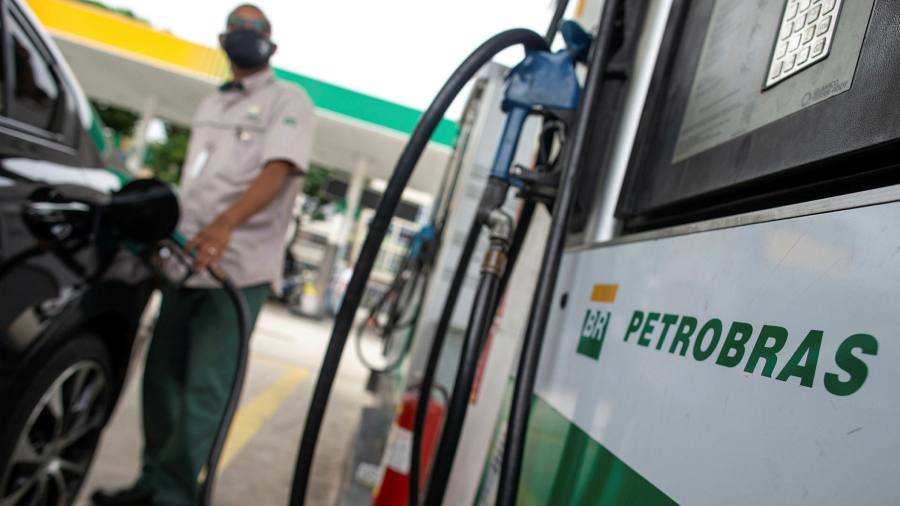 Brazil’s president Jair Bolsonaro has decided to replace the boss of Petrobras, Latin America’s biggest oil producer, for the second time in a year following a dispute over rising fuel costs that are hurting his prospects of re-election.

Incumbent chief executive Joaquim Silva e Luna’s name was missing from a list of board nominees submitted by the rightwing leader’s administration on Monday, effectively signalling the end of the reserve army general’s tenure.

The government’s new choice of chief executive, economist Adriano Pires, is an energy expert with experience at the oil sector regulator and as an academic. He is set to be confirmed at a shareholder meeting in April.

The move followed weeks of public criticism from the president over the prices of petrol, diesel and cooking gas, which Petrobras raised this month due to a jump in global crude benchmarks after Russia’s invasion of Ukraine.

The reshuffle at Petrobras is likely to stoke investors’ concerns of a populist lurch to attract votes as well as the possible ramifications both for Brazil’s most important company and the wider economy.

Price increases at service station pumps are proving a headache for Bolsonaro ahead of presidential elections in October, as double-digit inflation erodes living standards in Latin America’s largest economy.

Bolsonaro’s main expected challenger, ex-president Luiz Inácio Lula da Silva of the Workers’ party (PT), is leading in the polls. Both men have railed against the Petrobras practice of tracking international rates for fuel.

Meddling by politicians has inflicted significant financial damage to publicly listed Petrobras in the past. Under the leftwing rule of the PT, Petrobras was at the centre of a massive corruption scandal and lost an estimated $40bn after being forced to keep fuel artificially low in a government bid to curb inflation.

In an interview with the Financial Times last week, days before his nomination, Pires played down the possibility of government interference in the business, which has a market valuation of $90bn.

“I think the risk of intervention in Petrobras before the elections is very low,” he said. “I think that if the general is replaced, the [fuel pricing] policy will remain the same.”

After Bolsonaro removed Silva e Luna’s predecessor in similar circumstances in February 2021, the company’s share price sank by more than one-fifth and Brazil’s currency slid against the dollar.

Despite some initial worries about Silva e Luna, who had no prior experience in the oil and gas industry, observers said he demonstrated independence in the face of political pressure — which angered Bolsonaro.

Brasília owns about 37 per cent of the publicly listed group’s equity, but with marginally more than half of voting rights, the government has effective control over boardroom appointments.

Insiders and people close to the company insisted that legal and corporate governance reforms implemented after the end of PT rule in 2016 should prevent politicians from interfering in how the company was run.

“The company’s regulations and compliance after Lava Jato [the ‘Car Wash’ corruption scandal] make it very difficult for both the executive board and the board of directors to take actions that could harm shareholders,” Pires told the FT.

Preferred shares in Petrobras shed 2.2 per cent on Monday to change hands at R$31.60. The stock is up 8.6 per cent in 2022, underperforming the wider Bovespa index.

Energy is the world’s indispensable business and Energy Source is its newsletter. Every Tuesday and Thursday, direct to your inbox, Energy Source brings you essential news, forward-thinking analysis and insider intelligence. Sign up here.