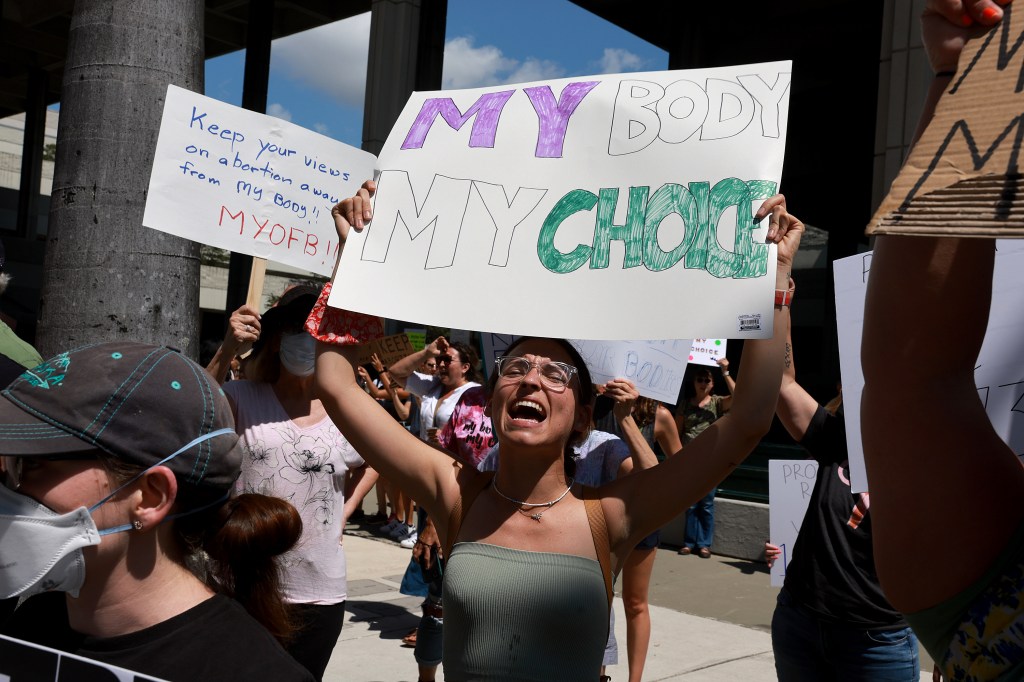 SAN FRANCISCO — Thousands prepared to march through downtown San Francisco on Saturday morning in support of abortion rights, one of dozens of gatherings across the Bay Area and country sparked by the Supreme Court’s leaked draft ruling threatening Roe v. Wade.

The March for Reproductive Justice in San Francisco is scheduled for 11 a.m. — beginning around the Civic Center and heading down Market Street — at the same time as rallies across the region in a coordinated effort by chapters of the Women’s March organization to demonstrate broad solidarity around abortion rights. Marches are planned in San Jose, Palo Alto, Mountain View, Oakland, Pacifica and Brentwood.

More than 380 events were set from Maine to Hawaii, with the largest gatherings expected in Los Angeles, Chicago, New York and in Washington, D.C., where protested marched from the Washington Monument to the Supreme Court.

Democrats across the country have reacted with fury to a leaked draft of the Supreme Court’s vote to overturn the landmark 1973 decision that federally protected abortions. About half the country’s states have indicated they would fully ban the practice if the decision were to become formal.

Lawmakers in California, meanwhile, are working to cement the state’s “abortion sanctuary” status, with Gov. Gavin Newsom backing legislation this week to subsidize abortions for women who can’t afford them.

Newsom tweeted after the decision leaked that the state would “fight like hell” to protect abortion rights, while Bay Area leaders began holding town halls with Planned Parenthood officials to explore the region’s next steps. Planned Parenthood Mar Monte, with 36 clinics from the Bay Area to Bakersfield, is welcoming dozens of women seeking abortions from Alabama, Arizona, Florida, Louisiana, Arkansas, Georgia and Texas where restrictions are already in place.

At large, political experts believe the leaked ruling could trigger a blue wave in California and other states in the midterm elections with Democrats at risk of losing their control of Congress.

“There’s definitely some galvanization around the issue politically — people seem very fired up,” said Ivy Cargile, a political science professor at Cal State Bakersfield, noting that large rallies around abortion rights had begun taking place even in the more conservative Central Valley. “Maybe now more people are going to pay attention to politics and will come out to vote.”

Check back for updates on this developing story.