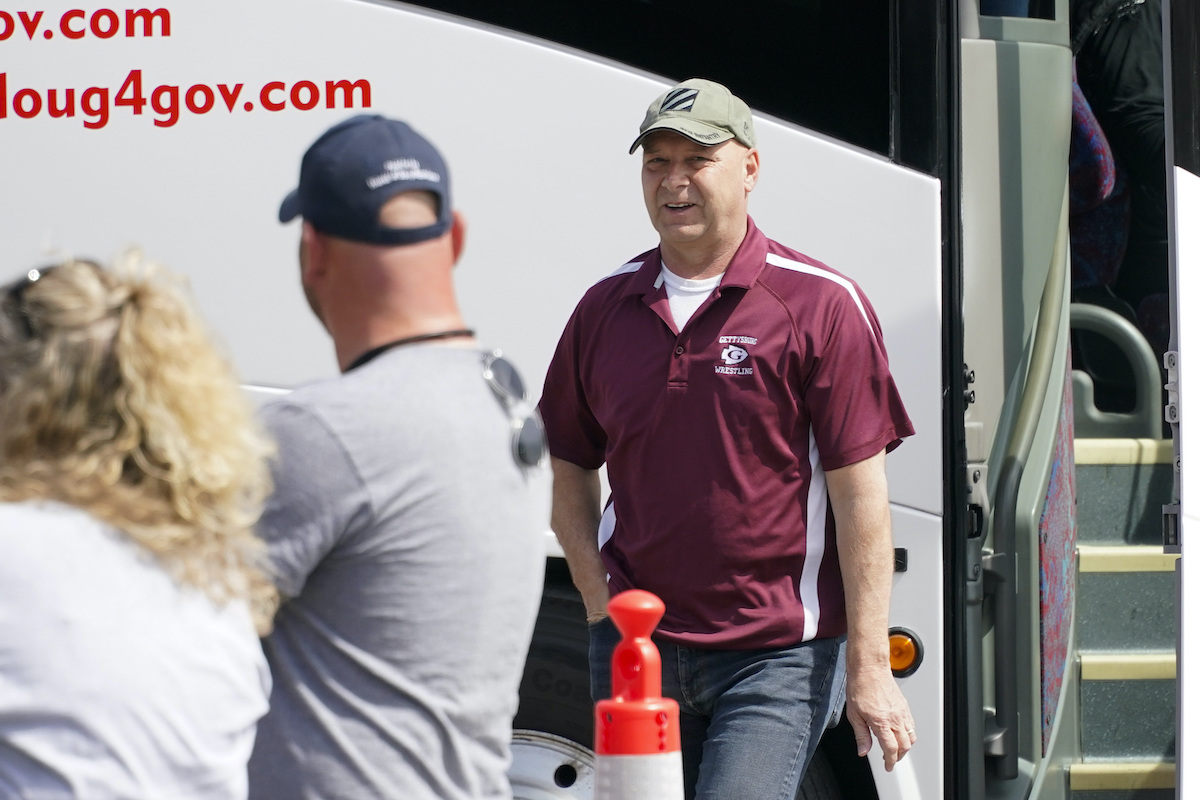 This isn’t the first time the candidates have balked at mainstream press coverage. At a Thursday event, also in Bucks County, Barnette’s campaign suddenly kicked reporters out of a fire hall ahead of her speech. A CNN crew dodged a Mastriano media ban at a Fayette County event by booking a hotel room and filming from the balcony. According to the Philadelphia Inquirer, the campaign has begun printing out photos of journalists so it can stop them at the door.

Mastriano, 58, has a PhD in history and was a career U.S. Army officer. Soon after his retirement, he mounted an unsuccessful run for Congress, then followed it up with a successful bid for state Senate.

Many of his views are common in the Republican Party — he wants lower taxes, loose gun laws, fewer regulations, no statewide pandemic-related rules, public funding for kids to attend private and charter schools, and more energy extraction.

But throughout his political career, Mastriano has always taken extreme positions. He supports a total ban on abortion — no exceptions for rape, incest, or a situation in which a mother might die — and he has been specifically, notably obsessed with baseless theories that the 2020 election was rife with fraud. He funded buses to the Jan. 6 insurrection in Washington, DC, then appeared to make misleading statements about how close he was to the day’s violence.

The congressional committee investigating the events of Jan. 6 has subpoenaed Mastriano, but he didn’t appear for a deposition in March.

Mastriano is also a devout Christian, and the idea that his political career is the work of God has permeated his campaign.

At a far-right Christian event in Gettysburg, organized by QAnon conspiracy theorists, the Inquirer reported that Mastriano described his work to find election fraud as leading to “persecution and oppression” and a feeling that the U.S. “had become such a dark evil place.”

“We have the power of God with us,” he said in a speech at the event. “We have Jesus Christ that we’re serving here. He’s guiding and directing our steps.”