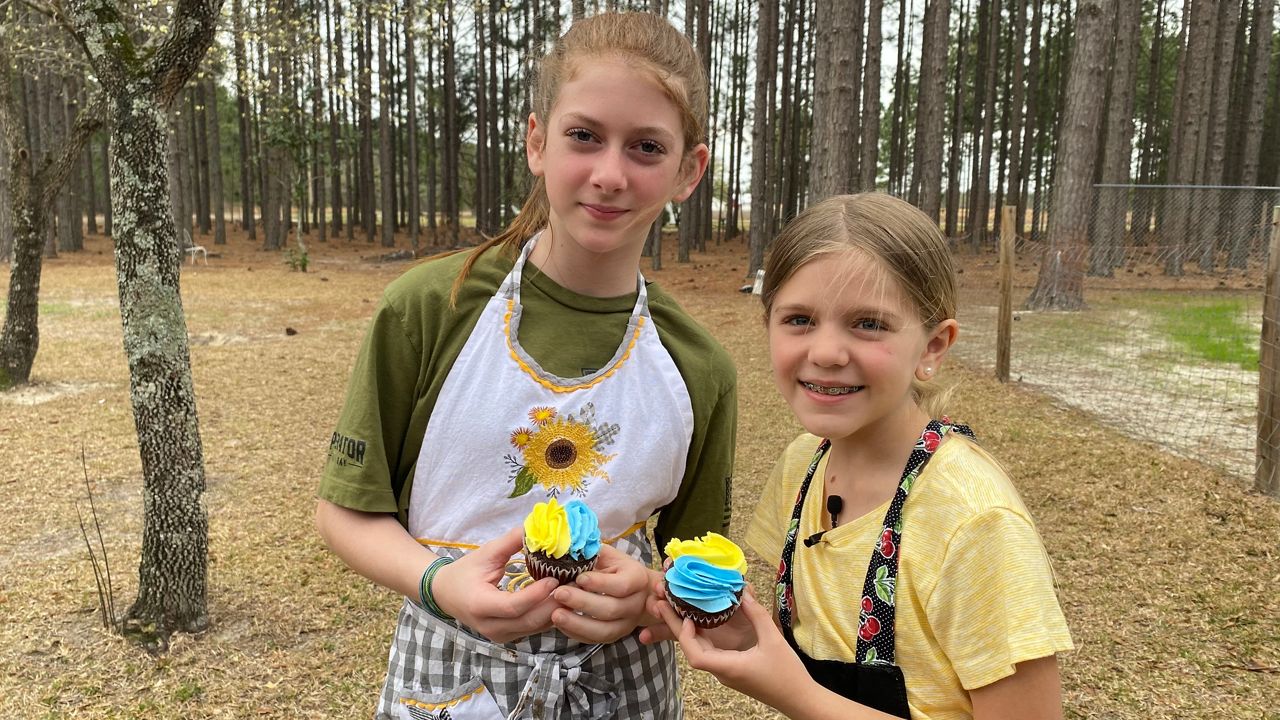 The Sentinel Foundation, which saves potential victims of human trafficking, is benefiting from the fundraiser

The girls raised $2,100 with the fundraiser

Ella Shelley, 10, opened A Little Something Sweet bakery last year. She wanted to give back to a cause when she learned about the war in Ukraine.

She partnered with her best friend Ava Cipriani, 11, to host a cupcake fundraiser in March.

“I thought it was a good idea, because I think everyone should help others,” Cipriani said.

With the support of their families Shelley and Cipriani baked, decorated and sold 672 cupcakes.

“Mostly for the kids in Ukraine that were without parents and shelter to make them feel safer,” Shelley said.

They raised $2,100 for the Sentinel Foundation, a North Carolina nonprofit organization run by former military members. The group saves potential victims of human trafficking. Currently, the organization has teams in Ukraine rescuing children without basic needs because of the war.

“Our operations right now are focusing on child extractions from orphanages and hospitals to get them across the border to a safe country,” Billy Cipriani said.

He’s proud of the girls’ efforts.

“There’s no better way to raise a kid than have them give back and be compassionate at an early age,” he said.

The girls are considering hosting another fundraiser in the future.

Editor’s Note: This article has been updated to say the girls are in Richmond County.