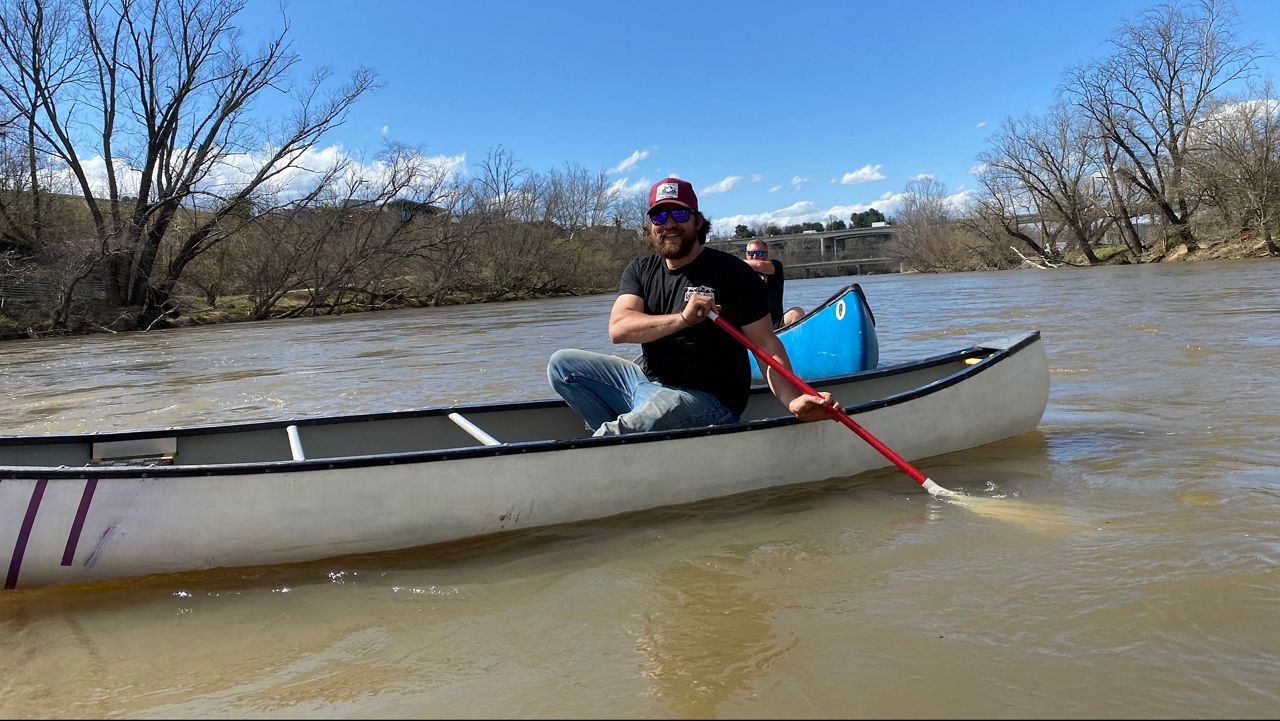 ASHEVILLE, N.C. — At 2,830 miles and $3.8 billion, the French Broad River’s impact in the state of North Carolina is enormous.

What You Need to Know:

“I think it’s shocking,” Asheville Adventure Company tour guide Ben Crowe said from a canoe while floating down the river. “But at the same time, I absolutely see it because from the headwaters to the tail, over 200 miles of recreation for people from beginning to expert.”

In March, the French Broad River Partnership announced that it had undergone a study on the French Broad and found that it draws in $3.8 billion each year. That’s more than the Great Smoky Mountains National Park ($1.3 billion) and Blue Ridge Parkway ($1.4 billion) combined.

The FBRP researched and surveyed more than 450 people who use the river and over 100 businesses that use the river for some or all of the operations.

“The French Broad really is the lifeblood that runs through the city of Asheville, essentially,” Crowe’s coworker Grant Valstad said. “So many businesses run on this, people enjoy it in the summertime to really just cool off and relax.”

Crowe and Valstad have about a decade of time with the adventure company combined between them. Take one ride on the river with them and you can understand its popularity.

“It really is something special to be a part of someone’s memories, man,” Crowe said. “To be able to keep a five-star running business going on out here, it just means the world to me.”

The sentiment goes for thousands of Ashevillians and tourists around the country.

“It’s my retirement job, I couldn’t be happier,” Valstad said. “Being able to play on the water all day is really where I belong.”

I’ve been really lucky to have some great work views over the last few days (shoutout the Asheville Adventure Company).

The impact the French Broad River has on NC is enormous – $3.8 billion a year.

Water sports aren’t the only thing the river gets utilized for. Eating food, ziplining and even biking are part of its daily grind.

“It’s a shocking number but it’s not like a huge surprise,” Harrison Johnston said.

Johnston works at the Asheville Adventure Company as a bike tour guide. He spends just about every day out on the trails.

“I really like seeing nature and just like kind of being outside, mostly being outside when it’s warm. So, I do enjoy the spring and summer seasons,” Johnston said. “But basically everything between whether it’s just exercising outside or just hanging out, I really like to spend time outdoors.”

He regularly used the French Broad but for leisure, not work. At least, not until COVID-19 changed everything.

The rest is history.