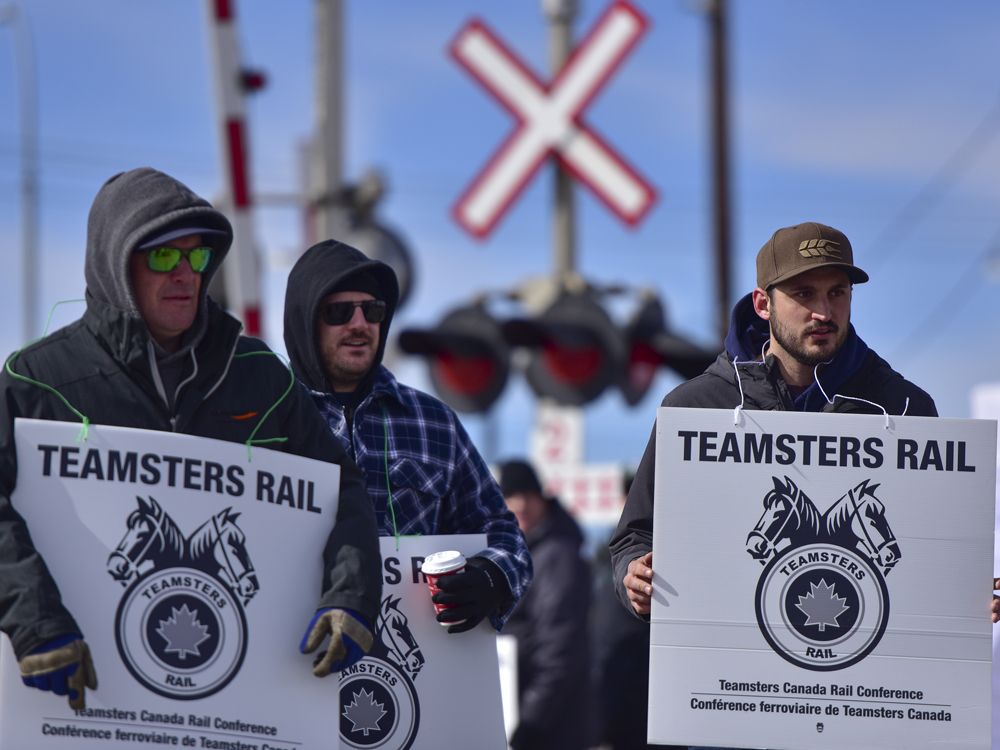 Farmers are calling the Co-Op store in Neepawa, Man., maybe a dozen of them a day, asking if the shutdown on the Canadian Pacific Railway will make it harder to get fertilizer this spring.

“Everybody’s worried,” said Robert Melnyk, who manages the division that caters to farmers at the Neepawa-Gladstone Co-Op.

When farmers call, all he can tell them is that he hopes the terminals — the large warehouses that offload fertilizer from trains and store it — will have enough to go around. But if the labour dispute between CP and its union continues to halt all traffic on the second-largest rail network in the country, supply could start to get tight.

“If that happens, then we’re going to be allocating and limiting how many tons the growers can pick up each day,” he said.

The fertilizer concerns are part of a growing list of potential ripple effects from the CP shutdown, which stretched into a second consecutive day on March 21 as negotiators with CP and Teamsters Canada continued talks with federal mediators in Calgary. Both sides have argued publicly about who started the crisis, with the union calling the situation a lockout, while CP insists Teamsters went on strike first.

Advocates for Canada’s agriculture, energy, mining, and automotive sectors are all warning that a stoppage along CP’s lines will have impacts across the pandemic-battered North American supply chain. On farms, the situation threatens to stem the flow of crucial inputs like fertilizer and pesticides to some regions, which could reduce crop yields at a time when global grain supplies are already challenged by the Russian invasion of Ukraine.

FCL orders fertilizer from domestic and international manufacturers, which is then transported by truck or rail across the Prairies. FCL operates three high-volume fertilizer terminals, two of which are supplied by CP trains. Conacher said FCL could supplement some of the lost rail traffic by using more trucks, but truck capacity is tightened due to labour shortages and heightened demand, and rates are up “astronomically.”

The federal government has so far resisted mounting calls to end the shutdown with back-to-work legislation, arguing that “the best deals are reached” at the bargaining table.

“When we talk about back-to-work legislation, what you’re talking about is depriving the leverage of workers. And you’ve got to do that after a great deal of thought,” Labour Minister Seamus O’Regan’s office said in an interview.

O’Regan said for a government to intervene, negotiations would have to be stalled. “That is not the case here. Negotiations are progressing. They are moving,” he said. “You’ve got to let that play out. … Let me just say, given what I know, I choose to be optimistic.”

Teamsters Canada Rail Conference, which represents roughly 3,000 engineers, conducts, train and yard workers, didn’t respond to calls on Monday, but the union’s Twitter account posted a cartoon showing a businessman perched on a mountain of money, accusing a worker of being greedy for requesting a raise to their pension cap. The two sides are reportedly at odds over pensions, wages and rules around work schedules.

CP’s net income was $2.9 billion in 2021, up from $2.4 billion the previous year, according to the company’s most recent earnings update. Annual revenues increased by four per cent to $8 billion.

The railway said it pays TCRC locomotive engineers an average annual salary of $135,442, and that the average pay of its conductors, yard workers and train workers is $107,872.

CP is also in the final stages of its plan to build the first rail network linking the U.S., Mexico and Canada. In December, CP’s US$31-billion acquisition of the Kansas City Southern (KCS) rail line closed into a voting trust. The company is now awaiting a decision later this year from the U.S. Surface Transportation Board on whether it can take control of the KCS network. 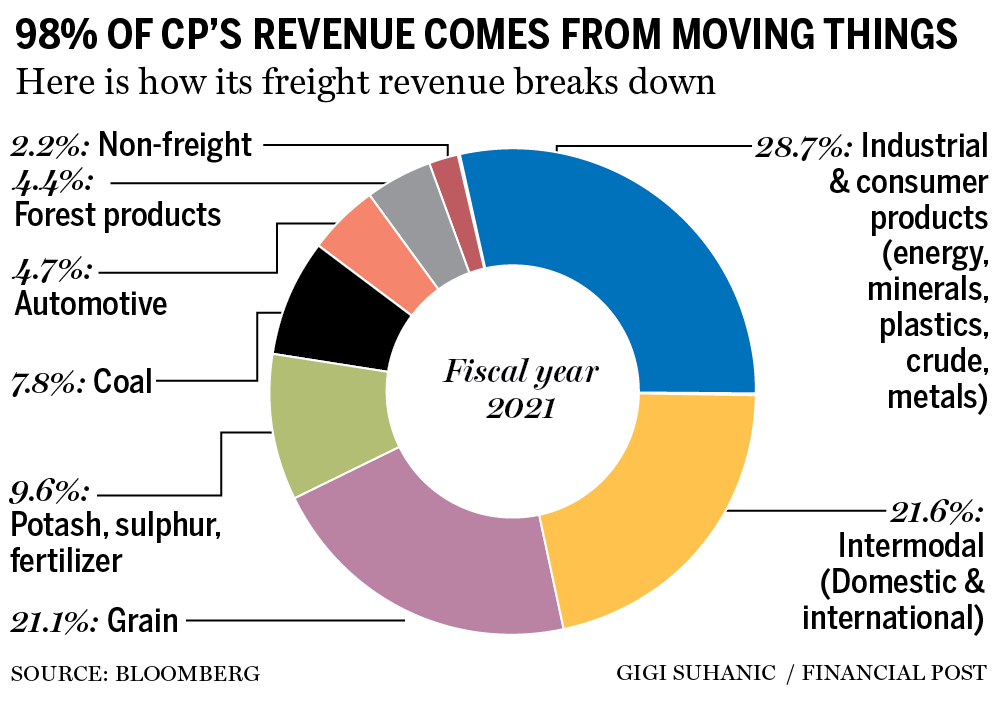 Negotiators didn’t reach an agreement before a 12:01 a.m. lockout deadline on Sunday, which CP initiated last week. Teamsters put out a release about 15 minutes before the deadline, blaming CP for locking out the union and putting the Canadian supply chain at risk.

“Canadian Pacific management must be taken to task for this situation,” spokesperson Dave Fulton said in the release.

But CP accused TCRC of “withdrawing services” — which essentially means workers stopped working — before the midnight deadline. After that, CP shut down its operations, CP spokesperson Salem Woodrow said.

“CP did not lock out its employees,” she said, adding that “CP made an offer and was sitting at the table waiting for a response” when TCRC issued its news release about a lockout.

Around Neepawa, Man., farmers don’t always have the space to store a whole spring’s worth of fertilizer. So Melnyk, at the Co-Op store, expects many to start coming to pick up their orders in April and May as needed, sometimes making daily trips. He estimated that about 50-60 per cent of the fertilizer his clients need for the season has already bee shipped to farms. But to be able to fill those orders, he needs the terminals to keep sending product.

“It definitely has us concerned,” he said.