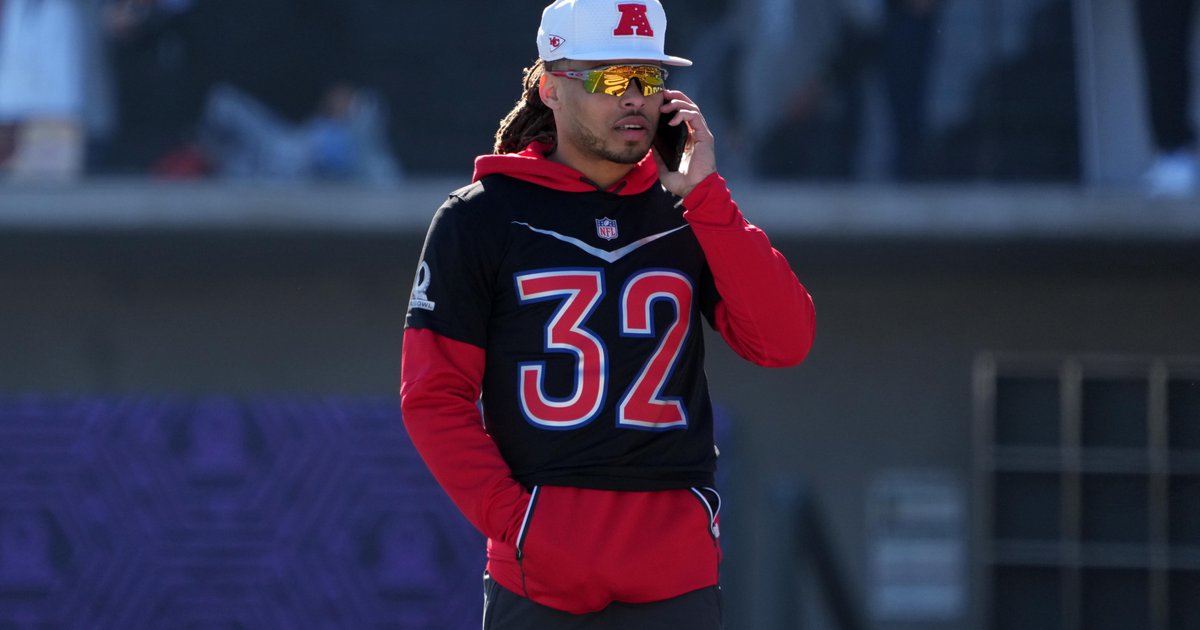 The Philadelphia Eagles had a virtual meeting with former Cardinals, Texans, and Chiefs safety Tyrann Mathieu, according to a report from Ian Rapoport of NFL Network.

Sources: Free agent DB Tyrann Mathieu had a virtual visit with the #Eagles, as Philly has emerged as a prime location for one of the top free agents. The Honey Badger visited the #Saints this week, and now has done a zoom with Philly. His market is heating up.

The “market heating up” part of that report was tempered a bit by other reports, like this from NFL Network’s Mike Garafolo:

The #Eagles have remained in touch with Tyrann Mathieu for some time now. Not a lot of money to work with but they’d have interest at the right price. https://t.co/NpNIVJKYv9

Or this from ESPN’s Tim McManus:

While a signing could happen, nothing’s imminent from what I gather, as Eagles are still in information-gathering stage with free agent safeties.

Mathieu was a first-team All-Pro for Kansas City both in 2019 and 2020. He also made the Pro Bowl in 2021, though that was probably on the strength of name recognition and popularity. Mathieu is heading into his 10th season in the NFL, and he will turn 30 in May. While his play may have fallen off some last season, Mathieu is still very clearly better than anyone the Eagles have at safety.

As noted above by Rapoport, the Eagles’ competition for Mathieu is the Saints, who had him in for a visit earlier this week. The Eagles tried to add a safety this offseason, but they were outbid by the Baltimore Ravens for Marcus Williams. They also had interest in Justin Reid, who signed with the Chiefs while the Eagles were trying to lock down Williams.

Heading into free agency, the safety position was one of the Eagles’ most glaring needs, as 2021 starters Rodney McLeod and Anthony Harris were both unrestricted free agents. Harris signed back with the team on a one-year deal. The Eagles’ depth chart at safety probably looks like this:

That’s not a super inspiring group. The Eagles still need a starting safety, but ideally at the right cost, and there’s a decent bet that Mathieu’s asking price is inflated, given his All-Pro and Pro Bowl accolades the last three seasons.

The Eagles will also have to balance the timing of a deal. They would probably like to see how the 2022 NFL Draft plays out before committing to a player that was not their “Plan A” at the position in free agency. If they select a safety high, they will not have as dire a need for a veteran safety. Of course, if they wait too long, Mathieu could be gone.