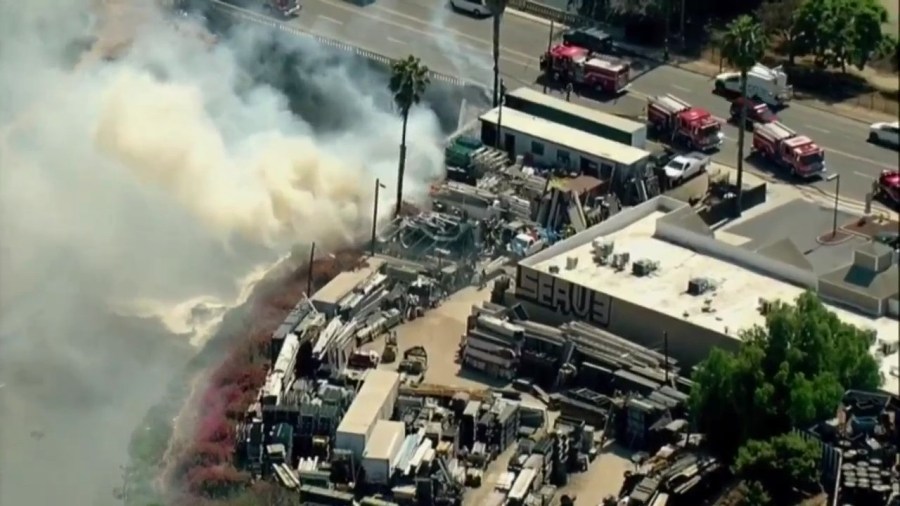 SAN DIEGO — A fire broke out in the brush just outside a Barrio Logan business Wednesday and crews were working aggressively to keep the flames from damaging the property.

The fire was reported near Bryant and Main streets around 1:30 p.m., according to San Diego Fire-Rescue. It was burning a patch of brush that runs along Chollas Creek near the interchange between Interstate 15 and Interstate 5.

It wasn’t immediately clear what caused the blaze, but it was burning up against the border of some kind of industrial yard, video from SkyFOX showed. Firefighters ran hose lines through the property and stood on top of equipment to spray water down onto the flames.

A fire department spokesperson said the flames were spreading at a “moderate” rate and that one structure was threatened as of about 2 p.m.

The department added on Twitter that “many crews are at (the) scene” and asked people to avoid the area if possible.

Check back for updates to this developing story.