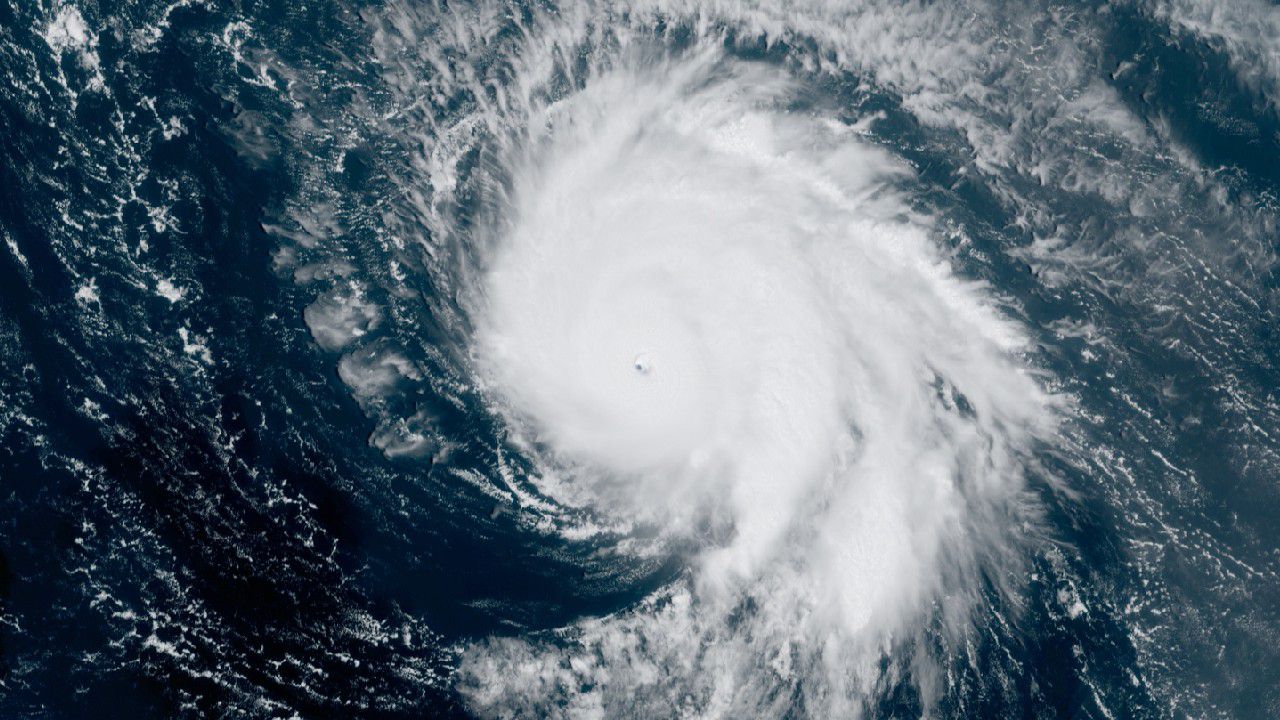 This forecast comes after last year’s busy season that included 21 named storms, although nine of them were so-called “shorties,” lasting two days or fewer.

The CSU tropical forecast, led by Dr. Phil Klotzbach, calls for 19 tropical storms. The team at CSU is forecasting nine of those to become hurricanes, including four major hurricanes, which are a Category 3 or higher on the Saffir-Simpson Hurricane Wind Scale. 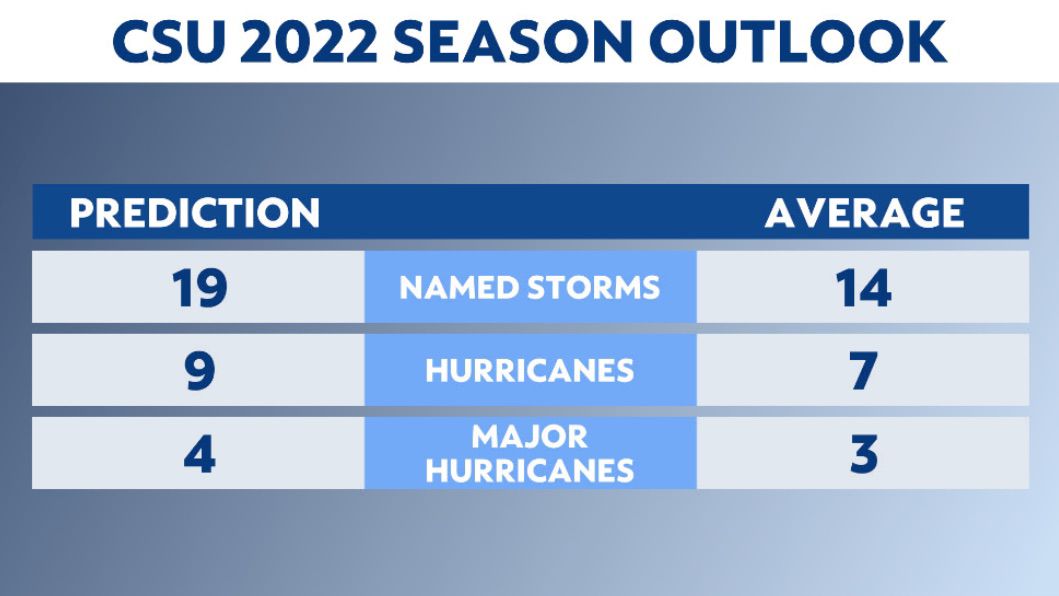 Since there’s uncertainty in a tropical season forecast this far out, CSU also gives a range of numbers of storms where 70% of forecasts fall. That gives 16 to 23 named storms, seven to 12 hurricanes and two to six major hurricanes.

With the above-average activity forecast overall, the CSU team also foresees the chances of a major hurricane landfall in the U.S. to be higher than the long-term average.

Accumulated Cyclone Energy, which factors the number of storms and their duration and intensity, is forecast to be 160, compared to an average of 123.

Researchers look at a variety of factors to make their prediction, but they’re homed in on a couple in particular.

First, La Niña conditions are forecast to diminish, likely turning neutral. El Niño is unlikely to develop this summer. “When you have an El Niño event… you get stronger westerly winds in the Atlantic,” says Klotzbach, which increases wind shear and limits tropical development.

Second, sea surface temperatures are currently warmer than average in the Caribbean and subtropical Atlantic. Warm water helps fuel tropical systems, but it also can cause wind patterns that favor their development.

Remember that predictions of the season’s activity are not predictions of exactly how many storms will make landfall in a particular place. Individual storms make impacts, regardless of how active (or not) a season is. Coastal residents should do what they can to be prepared every year.

CSU will release its next seasonal forecast on June 2.