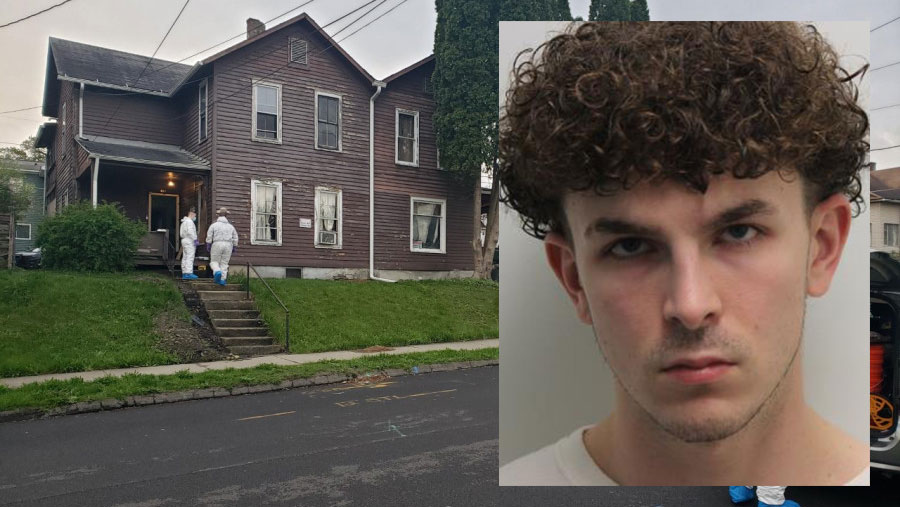 ELMIRA, N.Y. (WETM) – Thomas Bovaird, 21, has been indicted by a Chemung County Grand Jury for allegedly kidnapping, torturing, and killing Juan Jose Gotay. The arrest is in connection to the large New York State Police presence at two homes on 427 Partridge St. and 319 West Ave in Elmira on May 5.

Disclaimer: the following details may be disturbing for some readers.

According to the indictment, Bovaird allegedly shot Gotay in the shoulder and left leg; repeatedly kicked and struck Gotay; mutilated the victim’s eyes with a pointed instrument; cut off the victim’s tongue; burned his ears and buttocks; caused injuries to his jaw, mouth, and teeth; and dumped the victim in a remote area in Pennsylvania to die.

Gotay’s body was recovered in Ulysses Township on Route 6 in April and the Pennsylvania State Police Major Case Team was leading the investigation in Potter County.

The indictment says Gotay was abducted by Bovaird and unnamed associates on or about Jan. 29 or 30, 2021.

The pictures below show police outside of the homes on West Ave and Partridge Street.

A witness tells 18 News that police appear to have been digging in the backyard on West Ave. and that police were looking for surveillance video from the area.