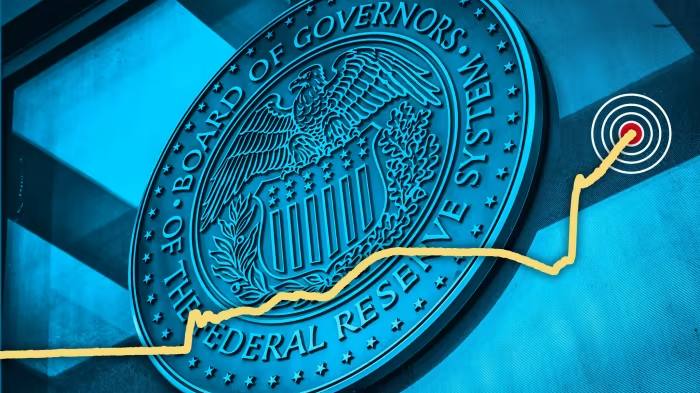 After months of debate, the US Federal Reserve has a plan to shrink its $9tn balance sheet as it tries to tighten monetary policy and tackle the highest inflation in decades.

Details of the plan were contained in minutes from the latest policy meeting in March, when the Federal Open Market Committee implemented the first interest rate increase since 2018 and signalled its intention to continue raising it to a “neutral” level that neither fuels nor slows growth.

Besides interest rate rises, shrinking the balance sheet is the second pillar of the Fed’s plan to scale back the huge injection of monetary stimulus pumped into the economy at the onset of the pandemic.

“It’s hard to look at the balance sheet plan the FOMC released and get the impression that they are anything but serious about removing policy accommodation,” said Robert Rosener, senior US economist at Morgan Stanley.

Here is what the Fed has proposed and why financial markets are on edge:

How will the Fed shrink the balance sheet?

Officials broadly agree the Fed should shed up to $95bn of assets a month from the central bank’s huge balance sheet, and build up to that level over roughly three months starting in May.

The Fed will seek to “roll off” $60bn of Treasuries each month by not reinvesting the proceeds from maturing bonds. When the amount of maturing Treasuries falls short of that level, the central bank has suggested making up the difference by reducing its holdings of shorter-dated Treasury bills, of which it holds roughly $325bn worth.

The Fed also wants to reduce its holdings of agency mortgage-backed securities (MBS), which it started buying during the pandemic, capping the reduction in this asset class by $35bn a month. However, economists say it may fall short of this target given when the securities are expected to mature.

Stephen Stanley, an economist at Amherst Pierpont, estimates holdings of agency MBS will decline by just $25bn a month. Fed policymakers have said they would consider selling some of the stockpile outright, rather than waiting for the securities to roll off the balance sheet, but this would only happen when the pruning process is “well under way”.

How aggressive is the Fed’s plan?

Surging inflation coupled with one of the tightest labour markets in history has prompted the Fed to plan a balance sheet reduction that would be much quicker than the last time it attempted to reduce its holdings.

After hoovering up bonds in the wake of the 2008 financial crisis, the Fed waited until 2015 to raise rates and then a further two years or so before paring down its balance sheet. It then took about another year for the Fed to lift the cap on asset reduction to $50bn a month.

Lael Brainard, a Fed governor who is poised to become vice-chair, said this week that a more rapid pace was warranted this time round “given that the recovery has been considerably stronger and faster than in the previous cycle”.

The Fed has adopted a similar approach to raising interest rates, with many officials now backing half-point interest rate rises at one or more meetings this year — the first time such an increase will have been used since 2000. Wall Street is braced for multiple half-point adjustments, with the first coming in May.

“By gradually dialling up the rhetoric, [the Fed has] allowed markets to recalibrate to this new monetary regime without an excessive tightening of financial conditions,” said Diana Amoa, chief investment officer of Kirkoswald, a hedge fund.

How have financial markets reacted?

The beginning of the end of the Fed’s pandemic-era stimulus has affected every corner of financial markets. The record rally in US stocks and the boom in the housing market were built on low borrowing costs ushered in by the Fed’s ultra-loose monetary policy.

As the Fed retreats, the supply of Treasuries available to investors will balloon, driving US government bond yields — which rose to three-year highs on Wednesday — higher still.

Will there be liquidity issues?

The flood of supply could also have an impact on liquidity — the ease with which traders can buy or sell — in the Treasury market, which has deteriorated to the worst level since the start of the pandemic.

“This is a lot of Treasury collateral for the market to absorb in an environment where there is elevated volatility and a lot of uncertainty,” said Mark Cabana, head of US rates strategy at Bank of America.

Chaos ensued the last time the Fed attempted to reduce its balance sheet. In 2019, short-term funding rates spiked, suggesting the central bank had withdrawn too much from the market. However, the Fed hopes it can avoid a rerun of that specific liquidity problem after it established a permanent facility last year that allows eligible investors to swap Treasuries for cash.