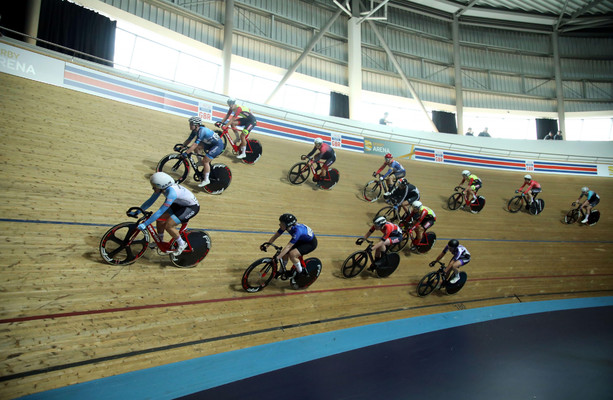 BRITISH CYCLING HAS announced that it has suspended its transgender participation policy.

In a statement released on Friday, the governing body said that its policy – which was only ratified in January – was now put on hold pending a review.

“While the current policy was created following an extensive external and internal consultation, the review will allow us time for further discussion with all stakeholders, including women and the transgender and non-binary communities, as we strive to provide all within our sport with the clarity and understanding they deserve,” statement reads.

“As an organisation we remain committed to ensuring that transgender and non-binary people are welcomed, supported and celebrated in the cycling community, and the inclusion of these groups within non-competitive activities remains unaffected by the suspension.

“We will also continue to work tirelessly to ensure that our sport remains free of hate, discrimination and abuse in all forms, and that we prioritise the welfare of riders, volunteers, event organisers, commissaires and others that our sport can’t continue without.

“In the past week we have started in earnest our work to galvanise a coalition of organisations to come together to find a better answer, and have enjoyed productive discussions with national governing bodies and others across sport.

The challenge is far greater than one event or one sport, and only by working together can we hope to find a timely solution, which achieves fairness in a way that maintains the dignity and respect of all athletes.”

Meanwhile, the mother of transgender cyclist Emily Bridges says her daughter has been “dumped by email”.

Bridges, who came out as transgender in 2020, had been allowed to compete in women’s events by the national governing body after demonstrating that her testosterone levels had been reduced to the required limits.

She had been due to compete in last weekend’s National Omnium Championships in Derby until the sport’s world governing body, the UCI, blocked her participation because it has not yet deemed her eligible to race in international competitions.

Natal female athletes had been considering boycotting the Championships if Bridges had been allowed to compete, and British Cycling’s head of Olympic programmes Sara Symington co-signed a letter to the UCI earlier this week criticising its current policy on transgender inclusion. The letter signatories claimed the UCI’s current rules do not guarantee female athletes fair and meaningful competition.

Bridges’ mum Sandy Sullivan tweeted the British Cycling statement and added: “Dumped by email. We’ve just received this in our inbox. We will be making a statement at some point during the next 24 hrs.”

Prime Minister Boris Johnson entered the debate this week when he said that biological males should be barred from female-only sporting events.

UK Sport chief executive Sally Munday said it was up to individual sports to ensure their policies were fair to all.

British Cycling’s statement noted concerns regarding the extent to which its policy appropriately reflected the Sports Councils’ Equality Group guidance, published in September 2021.

Among a number of conclusions made by the Group was a proposal that sports that could not ensure physical ‘fairness’, such as contact or combat sports, could introduce an ‘open’ category in addition to male and female ones.

Get closer to the stories that matter with exclusive analysis, insight and debate in The42 Membership.

British Cycling acknowledged that differences between its policy and the UCI’s allowed trans athletes to race domestically even if their cases were pending with the UCI, or even if the UCI had ruled them ineligible to compete.

“This in turn allows those riders to accrue domestic ranking points which impact selection decisions for National Championship races, which is not only unprecedented in our sport, but is also unfair on all women riders and poses a challenge to the integrity of racing,” the statement added.

“But this isn’t simply about Emily. Of course, we want to make sure she has the right support – we are in regular discussion with British Cycling about the support she is getting – but not just her.

“We mustn’t lose sight of the fact that this is much bigger than a single person.

“We have to have these conversations respectfully because humans and human feelings and human experiences are at the centre of this. I think that it’s incumbent on all of us discussing this topic to do so with sensitivity.”