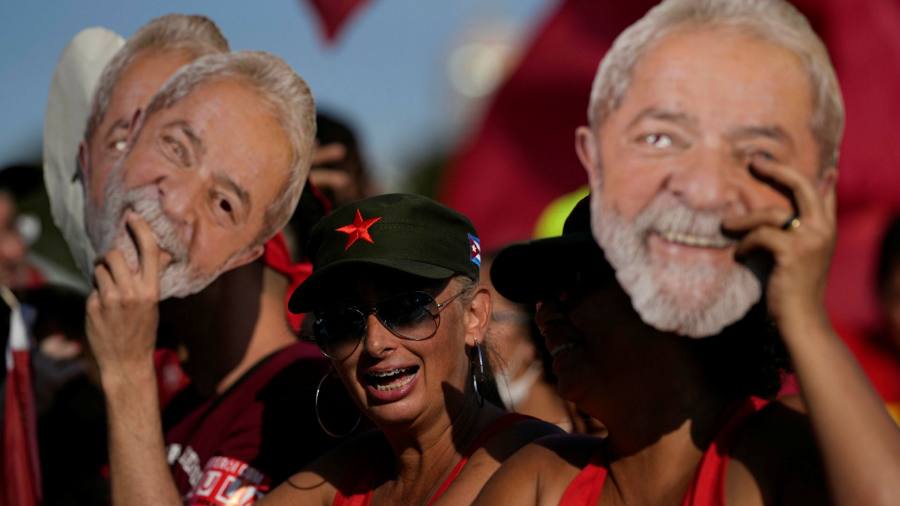 Standing in front of an audience of some of Brazil’s most powerful politicians, Geraldo Alckmin could not contain his praise for former president and frontrunner in this year’s elections, Luiz Inácio Lula da Silva.

Lula — as the leftwing leader who served two terms between 2003 and 2010 is known — “represented democracy” and, if re-elected in October, would put Brazil back on the world stage, said Alckmin, one of the nation’s most prominent centre-right, establishment politicians.

It was a speech that capped a turnround in relations between the men, who for much of the past 20 years were bitter political rivals, contesting a presidential race in 2006 that was marred by mudslinging and accusations of corruption.

Now, Lula is poised to choose Alckmin as his running mate in what analysts and those close to the former leader said would be an attempt to build a big tent coalition to oust incumbent far-right president Jair Bolsonaro.

Alckmin, 69, a blue blood conservative, would also serve to moderate the image of Lula, a former trade unionist who is viewed warily by Brazil’s business community, they said.

“Alckmin’s presence on Lula’s ticket shows the unity of former opponents who have different political ideas but are capable of being united to face the retrograde forces that today govern Brazil,” said Maria do Rosário, a federal lawmaker with Lula’s Workers’ party, known as the PT.

Paulo Rocha, the PT’s leader in the Senate, added: “By choosing a democrat from the centre, we are creating the conditions to expand the political base and resume the process of developing our country for everyone. Our main objective is to recover the country from Bolsonaro’s authoritarian process.”

A former army captain who served almost three decades as a federal lawmaker before becoming president in 2019, Bolsonaro has spooked many on Brazil’s left with his ultra-conservative views, praise for the past military dictatorship and threats to intervene in the supreme court. He was elected after promising a crusade against corruption, which was a recurring issue during more than 13 years of PT rule.

Analysts said Lula’s choice of Alckmin — who served as governor of São Paulo before unsuccessfully running for president in 2018 — would ease discontent among centrist voters about the country swinging too far left. In addition to the vice-presidency, the PT was discussing putting Alckmin in charge of the Ministry for Agriculture, which oversees a sector worth more than 25 per cent of gross domestic product. 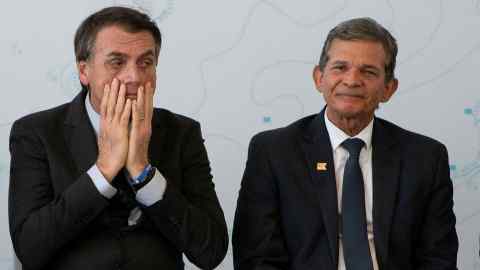 “Alckmin brings not only more centrist voters, but also the possible support of parties that could guarantee governability for the government,” said Carolina Botelho, a political scientist at the State University of Rio de Janeiro. “If Lula sticks only with his faithful voters and does not try to attract others from across the spectrum, he will be weakened both in the elections and when in government.”

In his speech hailing Lula, Alckmin walked a fine line, showing sympathy for leftwing objectives such as reducing social inequality and poverty as well as traditional rightwing agendas such as improving public security. However, he overlooked his acrimonious historical relationship with Lula and his repeated allegations that the former president was corrupt.

Bolsonaro, meanwhile, appeared poised to choose as his vice-president Walter Braga Netto, a general serving as minister for defence. After falling out early in his term with his current vice-president, Hamilton Mourão, Bolsonaro would seek a running mate who was unquestioningly loyal, those close to the president said.

“Braga Netto will be a great vice-president! Serious, honest, competent and, above all, loyal and discreet,” Ricardo Salles, a former environment minister and close ally of the president, wrote on Twitter.

But political analysts said the pick of the hardline army general served two other purposes: it signalled to Bolsonaro’s far-right base that he did not intend to change course and it insulated the president against the potential threat of impeachment if he wins re-election.

“With Braga Netto, Bolsonaro is waving to his base — the radical base, which likes his talk about coups and intervening in the supreme court. Braga Netto has shown he is sympathetic to this agenda. Bolsonaro is doubling down on this group,” said Botelho.

The presence of Braga Netto in the vice-presidency would also be likely to stymie the risk of impeachment because “neither the political establishment nor the majority of the population would like to see a general as president”, said Mario Marconini, managing director of consultancy Teneo in Brazil.

Bolsonaro’s first term was clouded by the constant threat of impeachment, with lawmakers filing more than 100 requests to oust him. These efforts failed thanks to Bolsonaro’s alliance with the speaker of the lower house of Congress, who controls the process and has refused to entertain any such efforts. This could change, however, during a second Bolsonaro term.

“[With Braga Netto] Bolsonaro is buying an anti-impeachment insurance policy,” said Marconini. “He knows that if he wins, it is likely to be by a small margin and the threat of impeachment will be a constant in his new mandate.”

The vice-presidential picks will be officially confirmed only after the presidential candidates launch their campaigns in the coming months.