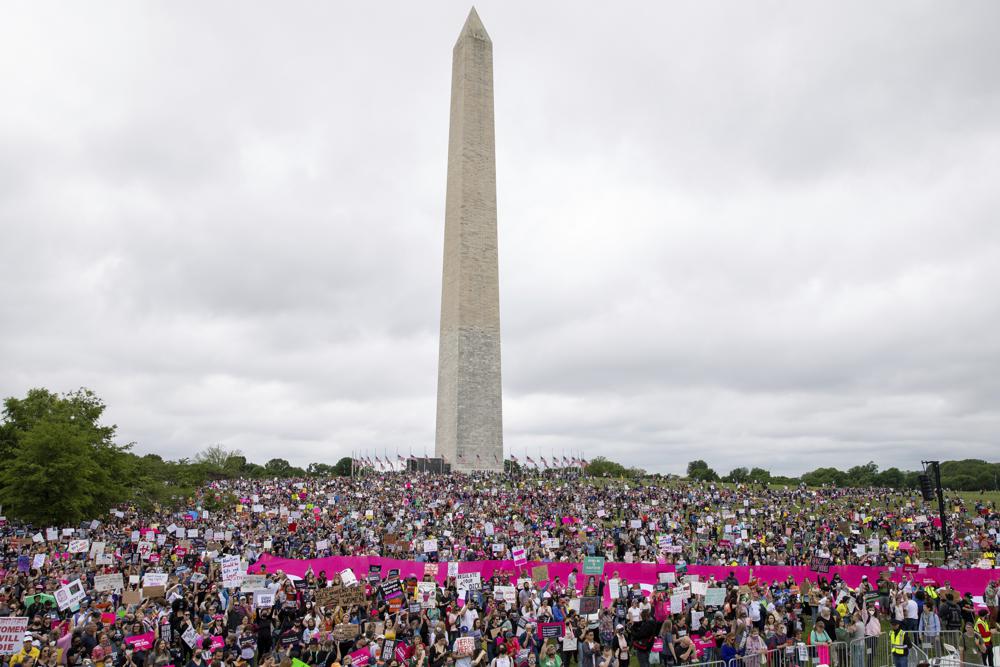 WASHINGTON (AP) –Abortion rights supporters are demonstrating at hundreds of marches and rallies where they’re expressing their outrage that the Supreme Court appears prepared to scrap the constitutional right to abortion that has endured for nearly a half-century.

And they’re expressing their fear about what that could mean for women’s reproductive choices.

Incensed after a leaked draft opinion suggested the court’s conservative majority would overturn the landmark Roe v. Wade ruling, activists spoke of the need to mobilize quickly because Republican-led states are poised to enact tighter restrictions.

In the nation’s capital, thousands gathered at the Washington Monument before marching to the Supreme Court, which is now surrounded by two layers of security fences.