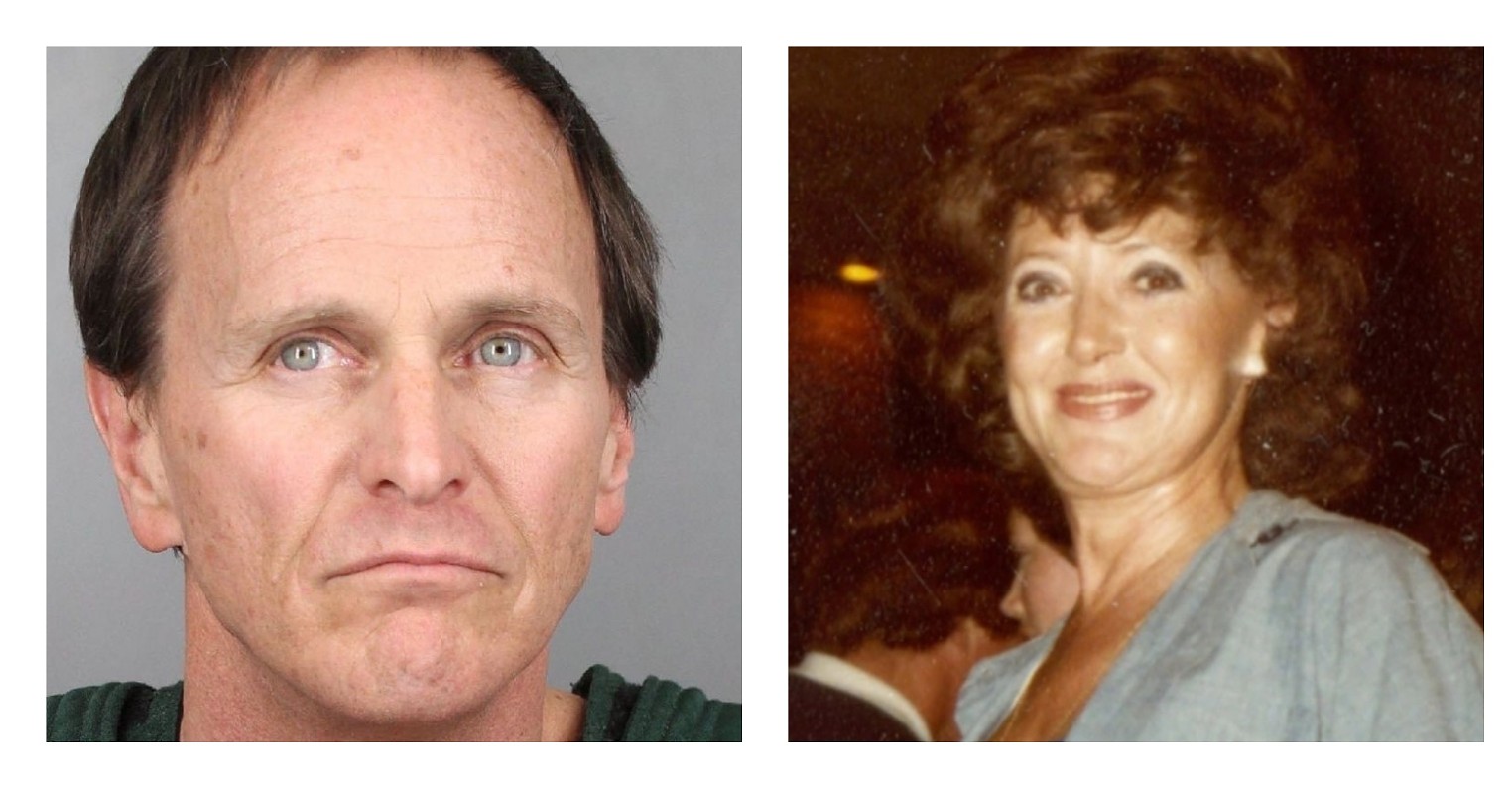 On April 7, a Jefferson County jury found 61-year-old Alex Ewing guilty of killing Patricia Smith in early 1984. The result of the trial, following Ewing’s conviction in August 2021 for killing three members of the Bennett family with a hammer less than a week after the Smith slaying, finally closes the book on cold cases that lingered for nearly four decades.

Westword included the Bennett tragedy in a 2013 roundup of cold cases published on the National Day of Remembrance for Murder Victims. The account of the case shared on the Families of Homicide Victims and Missing Persons website noted that Bruce Bennett had married his wife, Debra, before joining the Navy, where he served at Pearl Harbor between 1976 and 1980 as a sonar analyst. Upon the completion of his service commitment, the couple moved to Aurora. There Bruce worked at a family-owned furniture store and helped Debra raise their two daughters.

“They led a very quiet life,” said Constance Bennett, Bruce’s mother. “They worked hard and stayed home at night.” She added that Bruce had enrolled in a local college, where he trained to be an air-traffic controller with an eye toward landing a job at an airport in the area.

These dreams came to a shattering end on January 15, 1984. Between midnight and 6 a.m., an intruder entered the Bennett home. According to Marvin Brandt, an Aurora police homicide detective who investigated the case up until his retirement in 2002, “It was a blitz attack for no reason.” Investigators believed Bruce confronted an attacker on the stairs. Deep gashes were later found on his arms and body, and blood was found up and down the staircase. The following morning, Debra’s body was discovered in her bedroom, while seven-year-old Melissa was found in her bed.

The younger daughter, Vanessa, then age three, was in bed when her grandmother came to the house and discovered the carnage. She survived the attack despite suffering a shattered jaw and pelvis, among other horrific injuries. She had been sexually assaulted, as had Melissa.

More than 500 people were questioned during the initial phase of the investigation into the Bennett family killings, and while no arrests were made, detectives never stopped looking for the person responsible. In 2002, the Aurora Police Department even obtained an arrest warrant for the still-unknown killer based on DNA — a first in the state of Colorado.

A portrait of the Bennett family circa 1984.

Then, in 2010, there was a new twist: Aurora police announced a DNA link between the Bennett slayings and the murder days earlier of Patricia Smith, a fifty-year-old from Lakewood who authorities described as “an outgoing, friendly, sophisticated woman who had recently started her own interior decorating business.” The homicide took place between the hours of 1 p.m. and 3 p.m. on January 10, 1984, in unit 5 of an apartment complex located at 12610 West Bayaud Avenue. Smith, too, was beaten to death with a hammer and sexually assaulted.

Six years later, in 2016, the APD used age-progressed DNA phenotyping, a technique developed by Parabon NanoLabs and dubbed Snapshot, to try to move the investigation forward. The result was a pair of images — one a likeness of a possible suspect at the time of the Bennet slaying, a second aged to approximate his appearance in 2016.

Neither of these illustrations bore more than a slight resemblance to Ewing.

After the flurry of activity spurred by the Snapshot pics quieted down, the Bennett case slid from the headlines again. But in August 2018, local authorities revealed that Ewing’s DNA, which had been sampled after his arrest and conviction for brutally beating a couple in Nevada with an ax handle, scored a hit on the Combined DNA Index System (CODIS) database used by law enforcers nationwide.

At the time, Ewing was only three years from becoming parole-eligible in Nevada.

Because the Bennett and Smith murders took place in different jurisdictions, prosecutions for each moved forward on separate tracks — and the COVID-19 pandemic slowed the process for both. But in August 2021, a jury in Arapahoe County District Court found Ewing guilty of killing Bruce, Debra and Melissa Bennett; he was sentenced to life in prison with the possibility of parole after twenty years for each crime, to be served consecutively to his prison term in Nevada, and to each other.

The Smith case proved bumpier. Last October, a Jefferson County Court judge declared a mistrial after granting a defense request for Ewing to undergo a competency evaluation. He passed that test, leading to the launch of a second trial that concluded yesterday with guilty verdicts for first-degree murder after deliberation, felony murder involving a robbery, and felony murder involving a sexual assault.

Afterward, First Judicial District DA Alexis King, whose office prosecuted Ewing, issued the following statement: “We truly appreciate the jury’s service in this difficult case, and our thoughts are with the family of Patricia Smith as they finally see justice for her horrific murder over three decades ago. Today’s verdict is the result of significant efforts and dedication by law enforcement, scientists, the witnesses who testified, and our staff, without whom this outcome would not have been possible.”