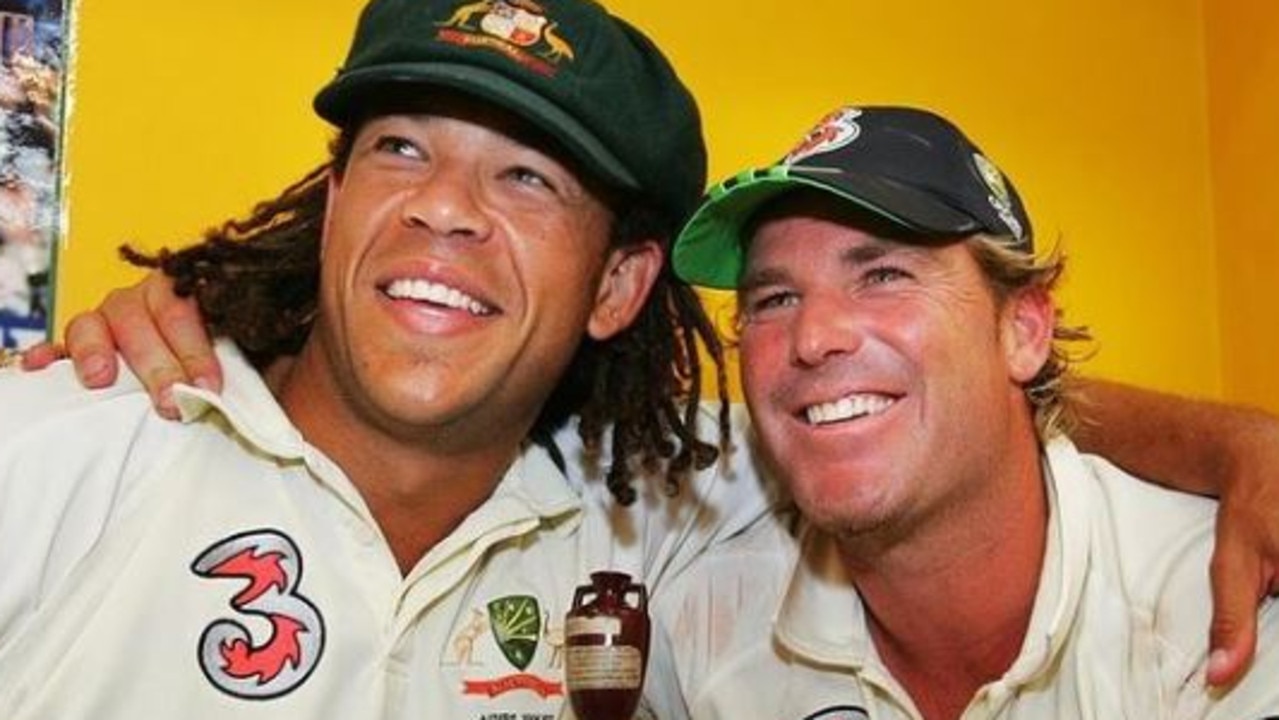 Andrew Symonds’ death has shocked the world and it was only recently the loveable Australian cricket star was mourning a different loss.

The cricket world is in shock over the death of former Australian star Andrew Symonds.

Symonds died aged 46 on Saturday night in a single-car accident outside Townsville, where the Queenslander lived.

Symonds was the only person in the car at the time. Queensland Police are conducting an investigation into the crash.

Only 10 weeks ago, Symonds took to Instagram to pay tribute to his former teammate Shane Warne, who died in Thailand of a heart attack.

“Devastated, I’m hoping this is all a bad dream I just can’t get my head around never seeing you again. Love to all the Warne family I’m speechless”, Symonds wrote.

It was the last post Symonds made on the social media platform.

On Sunday social media was flooded with tributes for the talented all-rounder, who entertained cricket fans with his aggressive batting and electric fielding.

Former teammates, colleagues and fans were in shock. Legendary wicketkeeper Adam Gilchrist was among many to express their sadness, saying it “really hurts”.

Cricket Australia released a statement describing Symonds as “one of the most exciting and versatile all-rounders of his generation”.

CA CEO Nick Hockley said: “Andrew was a much-loved and admired cricketer in Australia and around the world.

“He will be sadly missed by the Australian cricket community and particularly his very close friends at the Queensland Bulls where he was a popular and much-admired teammate and friend.”

Symonds was born in Birmingham, England, and qualified to play for its cricket team. However, he moved Down Under at a young age and made the decision to wear the green and gold.

Once pigeonholed as a white-ball specialist, Symonds turned himself into a brilliant Test player where he also built an impressive record. He wore the baggy green 26 times, scoring 1462 runs at an average of 40.61.

One of Australian cricket’s most loved sporting personalities, Symonds successfully transitioned into commentary after his playing days were over, working for Fox Sports over the past four years.

Fox Sports Executive Director Steve Crawley said in a statement: “Andrew Symonds was one of a kind.

“We awake to this shocking news and our deepest sympathies are with his wife Laura, two boys and all of his work mates and dear friends throughout Fox Sports and the Cricket fraternity.”