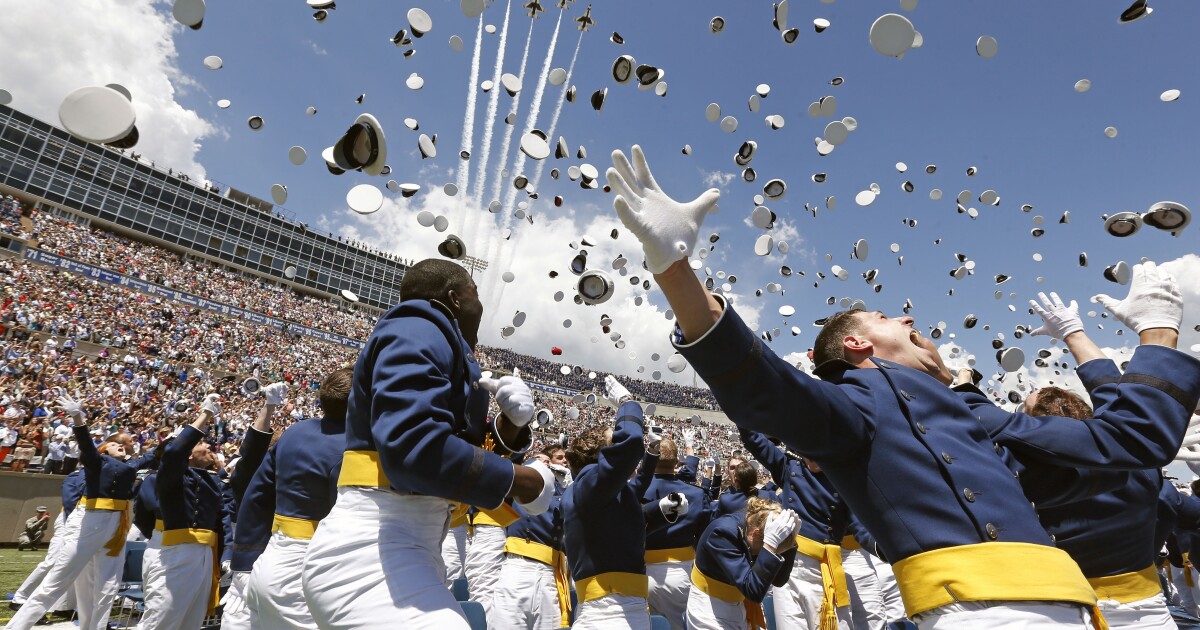 WASHINGTON (AP) — Four cadets at the Air Force Academy may not graduate or be commissioned as military officers later this month because they’ve refused the COVID-19 vaccine, and they may be required to pay back thousands of dollars in tuition costs. That’s according to Air Force officials.

The Army and Navy say that as of now, not one of their seniors is being prevented from graduating at the U.S.

Military Academy or the Naval Academy. The graduations are in about two weeks.

Defense Secretary Lloyd Austin last year made the COVID-19 vaccinations mandatory for service members, including those at the military academies.

He said the vaccine is critical to maintaining military readiness and the health of the force.