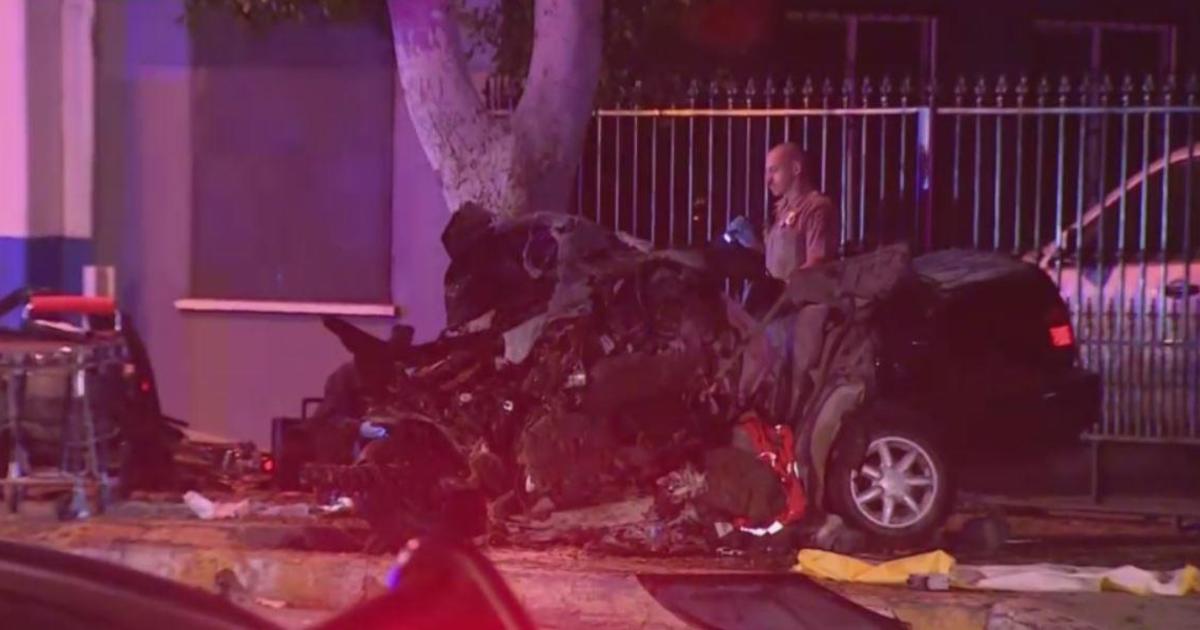 Three people were killed when a car slammed into a tree in East Los Angeles early Friday morning.

The crash occurred at around 12:30 a.m. on Olympic Boulevard, near Herbert Avenue.

According to California Highway Patrol, a Volkswagen Jetta was speeding east on Olympic Boulevard when the driver lost control and slammed into a tree. The Jetta then caught fire.

A big-rig driver who was passing by rushed over and used his fire extinguisher to extinguish the flames, a CHP officer at the scene told CBSLA.

Its three occupants, two males and a female, died at the scene. They were not immediately identified.

It’s unclear if drugs or alcohol played a role in the crash.