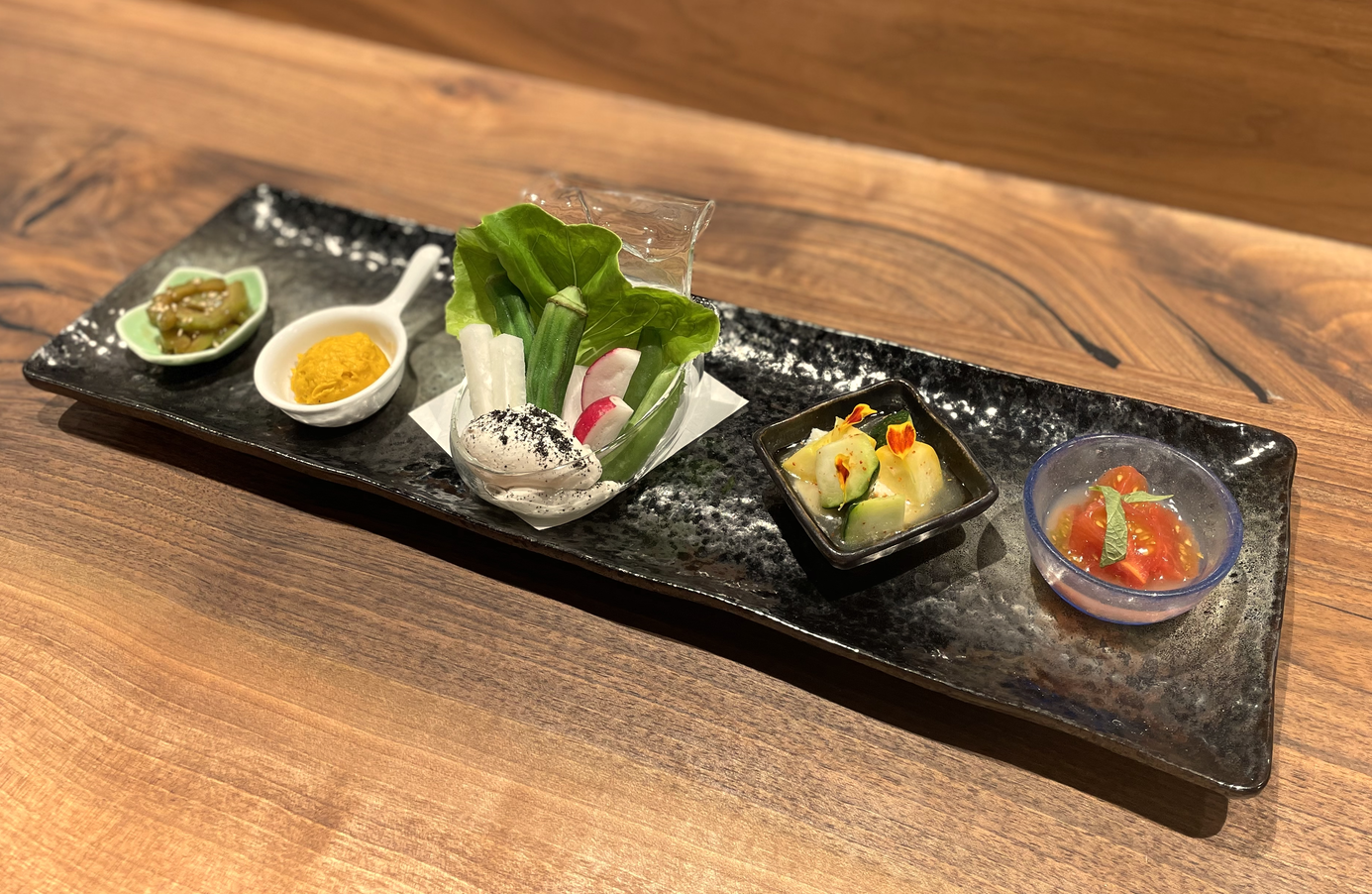 Don’t expect a breather after all the pandemic-delayed openings this year. In 2022, dozens of restaurants are opening, reopening or expanding to dinner service, so we rounded up the 11 best “openings” to look for well after we finish counting down on New Year’s Eve. Despite staffing shortages, rising operational costs and the ever-changing state of the pandemic, these highly anticipated new spots will soon make their debut in the L.A. dining scene. On this list, you’ll find the surprising return of old favorites, new projects from longtime local chefs and an especially busy year in Hollywood, so read on for our guide to the 11 biggest L.A. restaurant openings to look out for in 2022.

The latest Italian project by Evan Funke, the same chef behind the always-packed Felix Trattoria in Venice, this new Hollywood restaurant will specialize in Roman cuisine, including a nearly crustless wood-fired pizza as well as the deceptively simple cacio e pepe—which Felix fans will recognize from the Westside spot’s more regionally varied menu. The restaurant’s name pays tribute to Rome’s origin story centered on brothers Remus and Romulus and Lupa Capitolina. Located in the Art Deco-style Citizen News building on Wilcox, Mother Wolf is slated to open in late December.

Situated in the former Bon Temps space in the Arts District, this long-anticipated opening comes from Katianna and John Hong, both Korean American veterans from the Napa fine dining scene. Though the pair told Eater last December that Yangban Society will not explicitly make “Korean American food,” the casual deli and market plans to draw inspiration from both their experiences growing up: Katianna’s as an adoptee in a white Jewish household, and the culinary traditions and recipes taught to John by his Korean grandmother.

A newer, more casual project from n/naka’s Niki Nakayama and Carol Iida-Nakayama, n/soto debuted this March as a central L.A. takeout bento operation before transitioning to a fall and winter pop-up series at the Japanese American Cultural and Community Center in Little Tokyo. Led by chef Yoji Tajima, these nine-course tasting menus offered diners a glimpse of what Angelenos can expect on the full-service izakaya’s a la carte menu, which will open at the border of Mid-City and West Adams this January.

The old Bouchon space in Beverly Hills, known for its portico-style patio and high ceilings, will reopen this January with cooking by Vartan Abgaryan, who’s also had a hand in crafting the menus at Downtown’s 71Above and Nueva in Venice. Named after new owner Tommy Salvatore, the longtime manager of celeb magnet Craig’s, the two-story restaurant will offer a casual café and bar on the ground floor. Upstairs, the pair will run a more formal cocktail lounge and dining room, including the patio overlooking the beautifully landscaped courtyard that the restaurant shares with the Maybourne hotel.

After reopening as the Pie Room by Gwen for much of 2021, Curtis Stone’s lauded, Michelin-starred Beverly Hills tasting menu restaurant will once again take over the space in January. Devotees of the Pie Room will still be able to find pies at Gwen in Hollywood, and Maude will begin offering reservations for its seasonally driven tasting menus in the near future.

After opening for lunch service in November, this Alice Waters-affiliated restaurant at the Hammer Museum will begin offering dinnertime tasting menus in the first few months of next year. With former Chez Panisse chef David Tanis in charge, expect a seasonally driven tasting menu inspired by whatever Tanis finds at the farmers’ market.

While Bicyclette’s downstairs bistro already won our eyes, hearts, minds and stomachs all the way to becoming our Best New Restaurant of 2021, their tasting-menu-only upstairs restaurant has yet to open. Representatives for chef-owners Walter and Margarita Manzke’s newest concept have yet to provide more details, but expect dishes as steeped in classic French cooking as the bistro fare offered downstairs.

Return of Here’s Looking at You

After closing in 2020, the critically acclaimed Here’s Looking at You in Koreatown appears to be on track to reopen after launching a GoFundMe page to pay back over $90,000 in rent.  Run by Lien Ta and chef Jonathan Whitener, HLAY is likely to open for full service in the new year, and the pair have already hosted donor-only soft opening nights.

Mes Amis at the Thompson Hotel

This broadly French restaurant by Lincoln Carson, who also devised the canapé menu at Bar Lis upstairs, will draw inspiration across France while incorporating seasonal produce from the nearby Hollywood Farmers’ Market. Carson’s well-reviewed previous concept, Bon Temps, offered similar fare in the Arts District, but ultimately closed in the first months of the pandemic. Now, in partnership with Ten Five Hospitality and Relevant Group, Carson’s Mes Amis will debut by next spring in the heart of Hollywood, a part of town that’s buzzed with new hotel and restaurant openings this year.

Chef Ronnie Muñoz, whose pandemic era food truck gained a cult following after coverage in the L.A. Times, will open a multi-concept Hollywood brick-and-mortar at 5936 Sunset Boulevard—the space that once housed longtime Italian restaurant Delancey. Devotees of Ronnie’s Kickin’ hot chicken, however, will have to wait for their chef-driven tenders and sandwiches: Muñoz has plans to first open Besties, a gourmet burger joint; Todos Santos, which will serve tacos, ceviche and dessert; and Ronnie’s Kitchen + Cocktails—all in the same building—before relaunching his Kickin’ concept in a permanent space.